2015 was a year of landmark for Startups in india, mainly in the field of technology many companies reached heights with around 114 companies raised series A rounds of funding which amounted nearly Rs. 3,595 crores (roughly $542 million).

Series A round funding is the very first stage when it comes to funding a company which receives form VC firms then comes the seed funding rounds from angel investors. This happens when a company has just started to generate some revenue from it’s business model or proves that the business model can last long, remember the business is not yet making any profit and will require funds to sustain.

Series A investors  mostly include venture capital funds or angel investors who are will to take risk in your business and invest. Surprisingly the most funded player in 2015 was Ola which got roughly 6008 crores ($900 million) in funding while Cardekho was the smallest funding in 2015 which got roughly Rs. 333 crores ( $50 million ) in funding

Paytm, Zomato and Quickr crossed a $1 billion valuation this year while on the other hand Tinyowl and Housing  have seen significant layoffs this year. 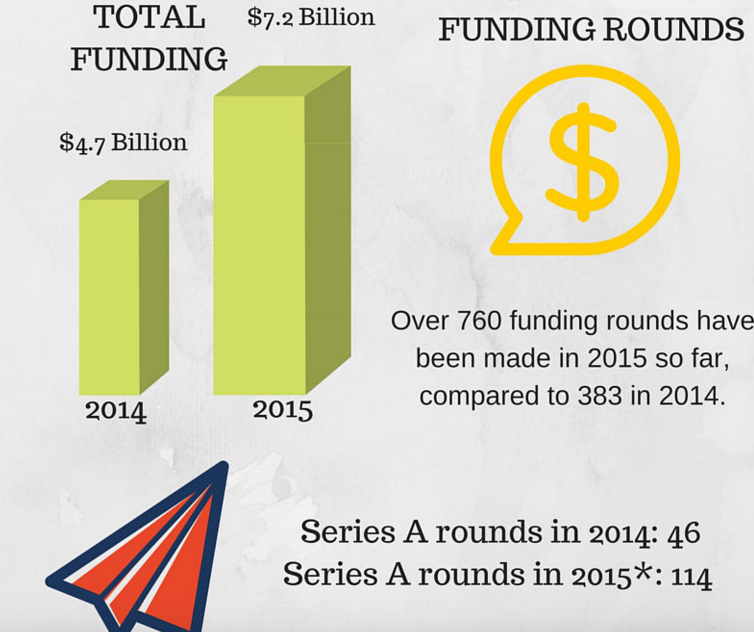 List Of Highest Funded Tech Startups of 2015 In India

Paytm is valued around $3-4 billion and it is Indias most used mobile wallet with a user base of 100 million. Paytm has go approved license from RBI to set up a payments bank which enables it to Savings and Current account deposits.

Indian most famous and popular e-commerce company Flipkart is the most valued at over $15 billion, The company threatened to go app only and then took a u-turn with Flipkart Lite.

According to news report Snapdeal is valued at $6.5 billion, Snapdeal acquired Freecharge, Exclusively, MartMobi, RupeePower, Reduce Data and Letsgomo Labs in 2015, Snapdeal relaunched Shopo, an app-only zero commission marketplace in July 2015 and is in quick competition with it’s rival Flipkart.

Grofers was in news in November 2015 for raising Rs. 800 crores ( $120 million ) And in the series D round Grofers acquired Spoonjoy, Townrush and MyGreenBox. 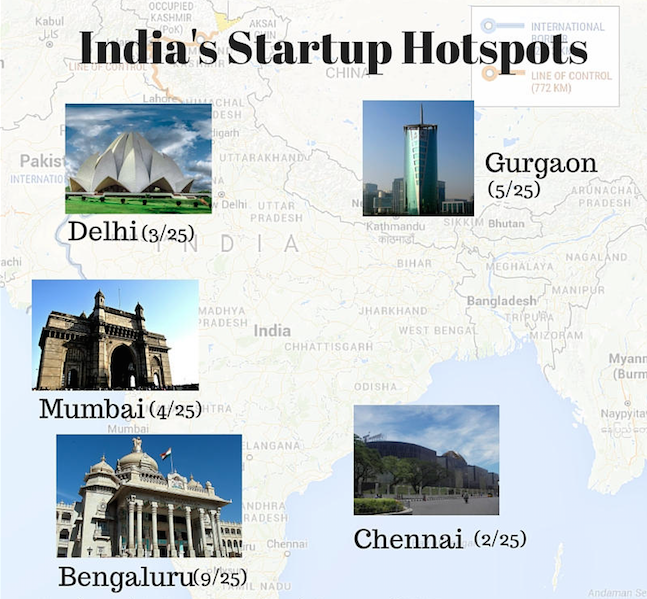 This company was founded by former Blue Dart Employee which received around a $133 million investment from private equity firm Warburg Pincus in june 2015. This company has around 8000 employees and has presence in  around 320 deliveries in 210 cities in India.

This startup was founded by a 21 year old Ritesh Agarwal, Oyo Rooms has become a household names across india which has received a funding of $ 100 million in August 2015 by SoftBank.

Practo is a online healthcare platform which raised $90 million in its Series C funding in 2015 and acquired InstaHealth, Qikwell and hospital appointment scheduling platform a month later. Practo is currently present and operational in 4 countries. Malaysia, Philippines, Indonesia and singapore.

Shopclues has become a leading name in indian household to buy products online at a reasonable rate. Shopclues received around $ 100 million investment in it’s series D round of funding. Shopclues gets around 50 million visitors every month. 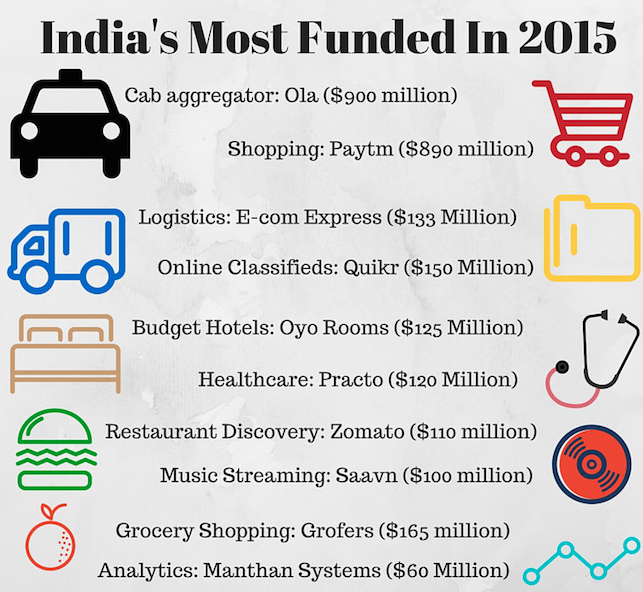 Yepme is a online fashion brand in india which sells it’s products on market places like flipkart, snapdeal and on it’s website also. The website is optimised for mobile view for slow internet users and also has iOS, Android and Windows Application.