People have not left a single thing which they have not stolen, From ceiling fans to toilet mugs and pillow covers to bed linens. They have not left anything untouched. This is very surprising and shocking as such behaviour is not expected from people who are given such quality service by Indian railways. 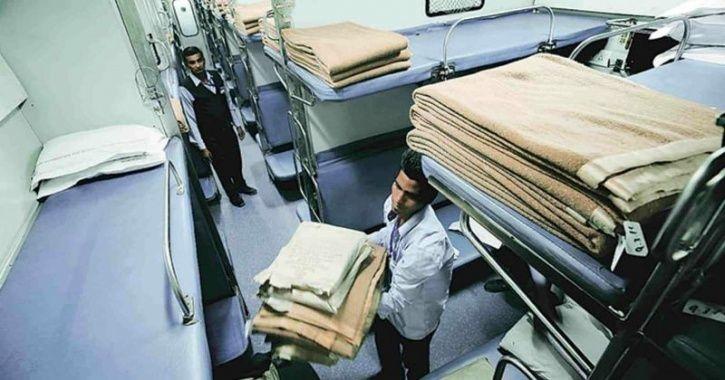 All the stuff which are mentioned in the above paragraph, along with iron grills of windoes, showers in washrooms and even railway tricks were among the list of stolen stuff which is worth Rs 2.97 crore in 2017-18

According to the numbers released by Indian railways, 1.95 lakh towels were stolen in the last fiscal alone from the long-distance trains running on daily basis. Along with it, stuff like 55,573 pillow covers, 81,736 bedsheets, 7,043 blankets and 5,038 pillows were stolen. Such a shame it is!

This is not it, we have more stuff which were stolen from the trains by passangers. The list includes, 200 mugs that were tied with the wall with chains in toiled, 300 flush pipes and OVER 1,000 taps are stolen each year.

It is very sad that people do not respect the service provided by Indian railways and steal stuff from them. All the stolen stuff is sold in scrap market which brings good money.

According to Sunil Udasi, CPRO Central Railway, Around 79,350 hand towels, 21,050 pillow covers, 27,545 bedsheets 2,065 blankets, 2,150 pillows were stolen which costs 62 lakh rupees. Indian railways has incured a loss of Rs 4,000 crores in last 3 years and such thefts by people in train contribute to the railways bleeding cash crunch.

We hope Indian Railways teach a lesson to people who steal stuff from the train. Such shameless people they are!