by Gaurav Moorjani 6 years ago6 years ago
3kviews
79 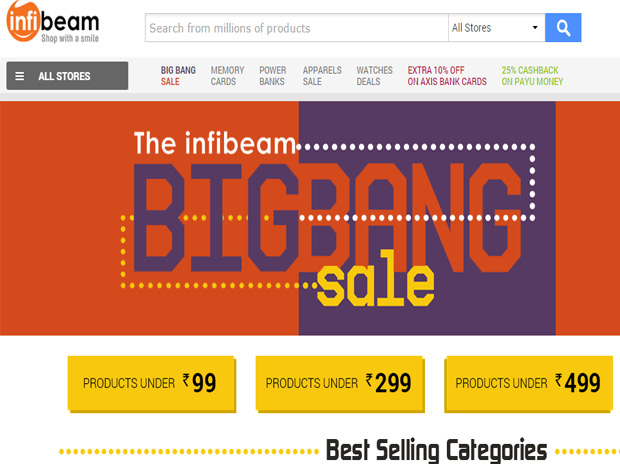 My first statement begins with “Have you even heard of this website” ? when it comes to the aggressive advertisement done by Big E-commerce portals. Its all about  grabbing the right opportunity and this website will be soon storming Dalal Street.

Online shopping website Infibeam which was founded by former employee Mr Vishal Metha who worked with Amazon. The website was launched in 2007 and now it is ready for its next move big move as the company goes public. The company is aiming at a evaluation of 334 million as it will be selling it share from next week in its initial public offering.

The price range has been set between 360 rupees to 432 rupees per share on Tuesday as it seeks to raise up to 4.5 billion rupees ($67 million) in the IPO. Calling of shares will take place from March 21st to March 23rd and those traders who have been wishing that an E-commerce website should be listed will be allowed to begin their trade from April 4th.

It is to be known that the founder Vishal Mehta sold of his personal assets to fund the company rather than going for external equity which has seen this  E-commerce website grow modestly over the years. The situation is such at a time where Flipkart, Snapdeal (the two biggest giants) which are all supported by venture capitalists are making losses which are are still pursuing for a greater market share.

The firmwhich is located in Ahmedabad reported a consolidated loss of f 97.9 million rupees on a revenue of 2.95 billion rupees for the full fiscal year, ending March 2015. During the next nine months the firm bounced backed and reported a profit of 65.8 million rupees, according to its IPO filing.

Still any thoughts? Listen it from the man himself Mr.Vishal Mehta