Asking for dowry or giving a dowry is indeed a crime, and only those people who are greedy ask for this kind of shameful thing. Society should understand that giving dowry or asking for money, a car, or anything in dowry gives more power to criminal minds.

However, there are people who have set an example by standing firm against dowry and making people realize that what they are asking for is wrong. 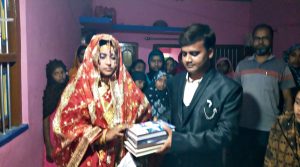 The most interesting thing about the entire wedding was the moment when the family was exchanging gifts. There were a few cartons full of books, looking at which Moyna got happier. Even the groom’s family said that they were quite pleased with the demand done by their daughter-in-law.

When the sources interviewed the family member, they said, “Moyna (the bride) was not showing any keen interest in the mohor ceremony, people nowadays go up to Rs. 50K or more these days. When she asked for dowry, initially we were shocked but impressed, and we were feeling proud that she is our daughter-in-law”. 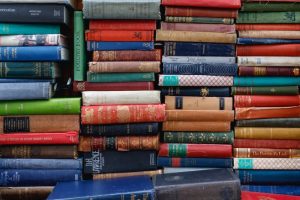 Since then Moyna has made it to the headlines in the state and set an example that education is the biggest blessing one can receive, and if you have good knowledge, you can surely earn a good amount of penny on your own efforts.