Facebook often adds interesting reactions to its website. Earlier we have had seen reactions like Peace flower, Pride react and so on. However, in the recent times, there are lots of users who reported that they were able to react on a post using the Plane reaction. Even there are also users who have not seen this reaction at all. So the question is how to add plane react on Facebook? Well so let’s just go and talk about this:

Step 1: First of all you have to commend this hashtag “#addplanereact.” 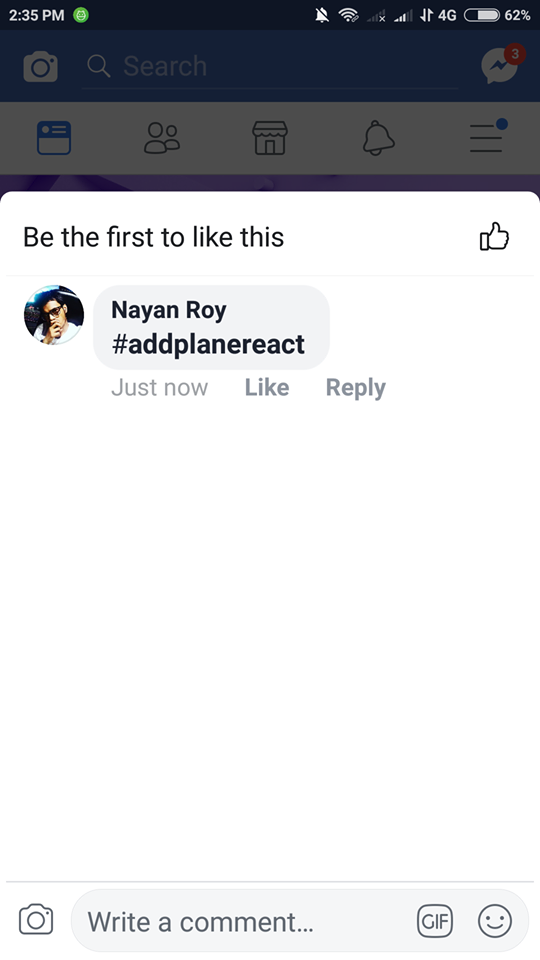 Step 2: Once you are done so, from the comment box you have to tap on the Like button located on the top right corner.

Also, do let us mention the fact, you have to comment the hashtag everytime you wish to use the plan react.

However, the question is why a plan react? Like we do understand the reasons behind the pride react. Since it was created for celebrating Pride month that we had seen last year.

But why a plan a react? Well in answer to this question Facebook said that it is a bug. In addition to that Facebook also mentioned that “created as part of an employee hackathon and wasn’t cleared for takeoff.”

However, the sad part of the story is that the Plane react is not available for everyone right now. Or you can say the plane react dead and Facebook is not bringing it back again.

In the end, all we would like to mention is that it is always fun to see such Facebook reactions. Also, Facebook should bring them again and again, so we can have a little bit of fun.