Guajrat government has today announced 10 % quota in college and government jobs for the poorest among the upper castes. This change is expected to benefit the powerful Patidar or Patel  community in the state which was very aggressively campaigned by 22 years old Hardik Patel who is in Jail since his arrest in October and will complete 200 days in jail next week.

This decision was taken in the presence of BJP party chief Amit Shah during a meeting of the Gujarat BJP’s core group. In this meeting it has been decided that people who earn less than 6 lakh every year will fall in this quota if they are in general category or unreserved category. Gujarat Chief Minister Anandiben Patel said on Friday. This will be implemented from May 1st which is Gujarat day. 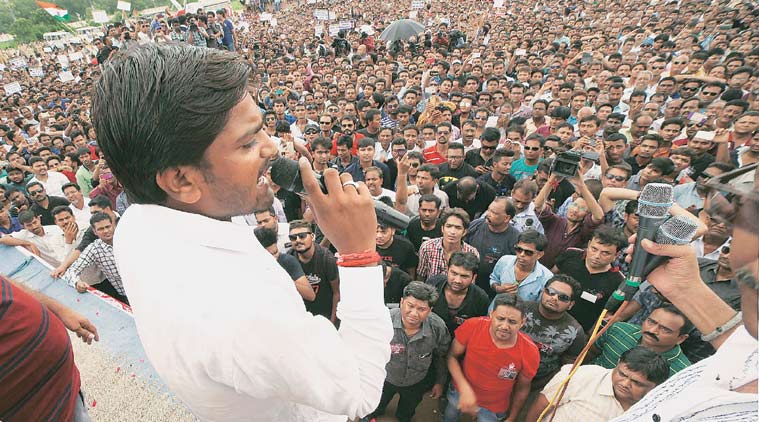 Quota limit has been exceeded the limit by Gujarat government of  50%. Gujarat has add up Quota to nearly 60 per cent. So far tribes and OBCs , Other Backward Castes  and scheduled castes enjoy 49.5 per cent reservation in the Gujarat state.

Nikhil Savani, convenor of the Patidar Anamat Andolan Samiti said “It’s a lollypop. It won’t stand in court of law and is an attempt to weaken our agitation” . The Patidar community has rubbished the move