So once again google has made a blunder which once again involves the current Prime Minister Narendra Modi. Yesterday Night when one would search India’s first prime minister the results where such that it would make any one laugh and make us think that where every school kid knows who is the first Prime Minister Google thinks differently.

The result which was being displayed showed Jawaharlal Nehru’s name and the image which was appearing was of Narendra Modi. This is the second time in the past few months were pictures of Narendra Modi have been showed up in the wrong category. 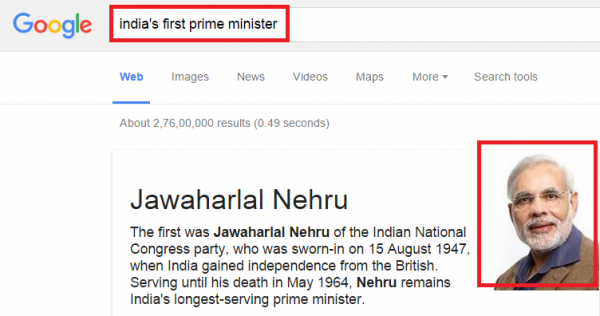