Yes, Gujarat state prohibition & excise department has given permit to sell liquor permits to Foreign tourist and NRI’s visiting Gujarat. Domestic tourist as well as the NRI’s can get a permanent and temporary liquor permit both. Gujarat is a dry state and According to the law in Gujarat, Manufacturing, Consuming and selling of alcohol is a crime.

Tourist and NRI can apply for liquor permit offline and online both. Few years back liquor permit procedure was started at Ahmedabad  international airport and now Bhuj and Vadodara are also having liquor permit centres.

How to get liquor permit in Gujarat ? 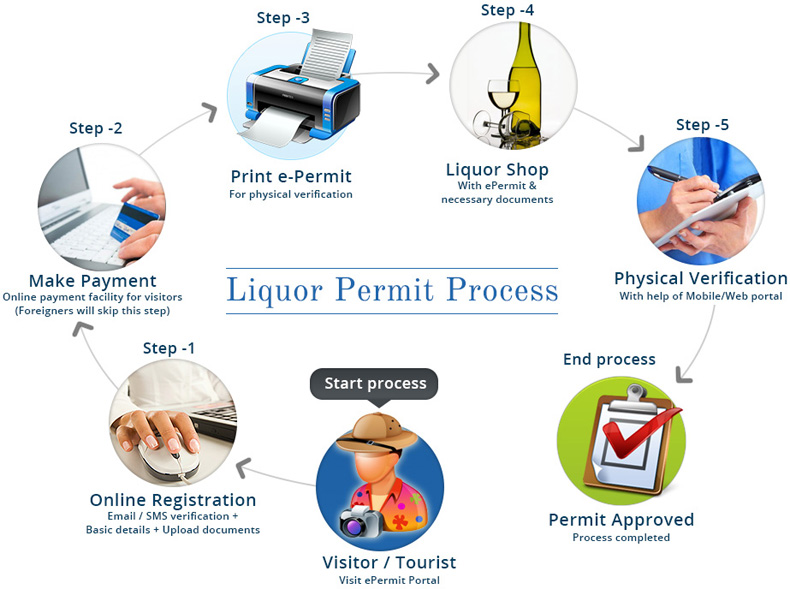 How to get liquor permit offline in Gujarat ?

If you have not registered for liquor permit online and arrived at the airport then also you can get the liquor permit. You can fill up the required form along with the fees at the airport to Tourism Corporation Of Gujarat Ltd. If you are a domestic tourist then you will only have to submit a identity proof while the foreign tourist has to submit a photo copy of passport and then they are allowed to purchase alcohol/liquor from the authorised liquor shops in any part of Gujarat.

Many local people of Gujarat purchase alcohol with permit on basis of their health certificate. In 2013 this permit was given free to Foreigners and NRI’s. Rs 70 was charged for tourist of other state. Gujarat government receives Total of 3,000 such applications every year.

According to 1952 prohibition act it is illegal to sell alcohol in Gujarat but it is found that alcohol is sold everywhere underground in Gujarat.

Note :- Selling, Consuming and manufacturing of alcohol/liquor is a crime in Gujarat