The two England enthusiastic fans who visited the place Qatar supposedly for the 2022 World Cup acquired the limelight post revealing that they landed up at a Sheikh’s palace while they were busy finding beer. At the time of their ‘beer hunt,’ the football fans engaged in a conversation with Nawaf and Abdul Aziz. They then paved their way to their home, with one of them confessing to being the son of a Sheikh.

In a very recent video, the two who were cheering up in jerseys with Everton and national team logos, inscribed the precision in their not-so-common exploits at the tournament this weekend. One among them, John, confessed a not so needed contact with royalty the night before when looking for something to drink while having a conversation about the “set up” at the fan park in Qatar.

“Last night we met one of the Sheikh’s sons and he took us back to the palace,” he added, describing how they were reportedly allowed to visit the sheikh’s son’s exotic animal collection. “He showed us his lions and everything. They’ve made us feel welcome,” he further said.

He revealed a slight view of the luxurious villa and posted videos of himself having a good time with the four-year-old lion that was tied to a leash like a puppy. 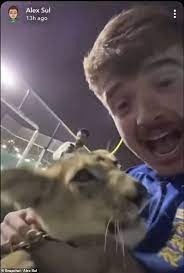 “We were on a bit of a hunt for some beers and he was like ‘yes, we sort beers, we sort beers,’ so we jumped into the back of his Toyota Landcruiser, ended up at a big palace,” the younger of the two guys recalled. “He showed his monkeys and exotic birds to us. It was nuts,” he added.

Post assuring of alcohol supply, Qatar restricted the sale of beer including other alcoholic drinks in World Cup stadiums merely two days before the beginning of the massive league. Although football enthusiasts from around the world who came to Qatar are not quite happy with the organisers’ sudden change of mind, various English supporters demanded a refund as a consequence of this act.

Before its commencement on November 20, the 2022 FIFA World Cup landed in controversy. The choosing of Qatar as the host country, a traditional Islamic country, has put spectators and players at risk of being fined because of Qatar’s strictly rigid policies. 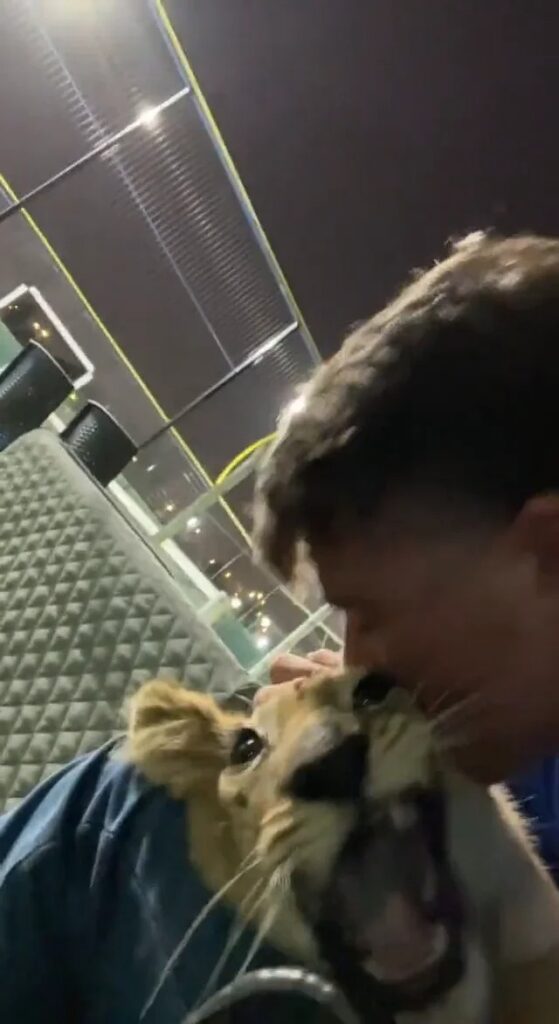 As per The Sun, football enthusiasts went through accusations of ‘public drunkenness’ for drinking and ‘offending’ someone. Most specifically, intake of alcohol in public can cause a 6-month jail sentence and a huge fine.

Together with the jail and fines, people found out that not abiding by the wide rules and regulations governing alcohol drinking may be flogged. Flirting, furious confrontations and throwing insults may result in football fans being in jail. This also goes for capturing pictures without prior approval.

Additionally, homosexuals may go through up to 7 years in jail for ‘same-sex’ acts. Detainees do have not much protection to fight back against the not-so-fair prosecution due to the Qatari government’s retrograde opinion.