Cheating is never acceptable. Be in it exams or your relationship; you should avoid cheating wherever possible. If you don’t, you’ll have to deal with some harsh consequences if you’re caught. And, to be honest, the majority of the time, the repercussions aren’t pleasant. Even though cheating is a severe offense, many individuals can’t help themselves from poking fun of cheaters and the punishments they get. That is why the internet is filled with cheating memes.

What’s the ancient saying? Isn’t it true that cheaters never win? When cheaters board the Infidelity Express with their new side piece, they may believe they are winning. On the other hand, Cheaters are only deserving of being burned, especially in meme form, for all to see on the internet. It’s not the same as going on Maury and having a polygraph or DNA test performed on them.

50+ Funny Cheating Memes that will make you laugh out loud.

These cheater memes have something for everyone, from callouts to roasts to even mocking rich people locked in loveless marriages. Because while violence is against the law, posting memes about the cheater in your life is not.

It’s difficult not to construct a meme out of a hilarious picture that perfectly conveys an emotion. Consider the unfaithful guy meme, which depicts a guy looking out for another girl while strolling with his now-enraged fiancée. It very much sums up how quickly we’re all distracted. For example, we changed the guy’s name to “myself,” the passing girl’s name to “birthday cake,” and the girlfriend’s name to “really celebrating our coworker’s birthday.” 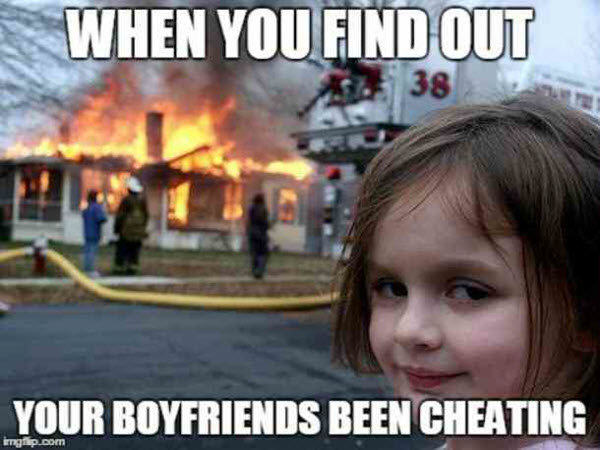 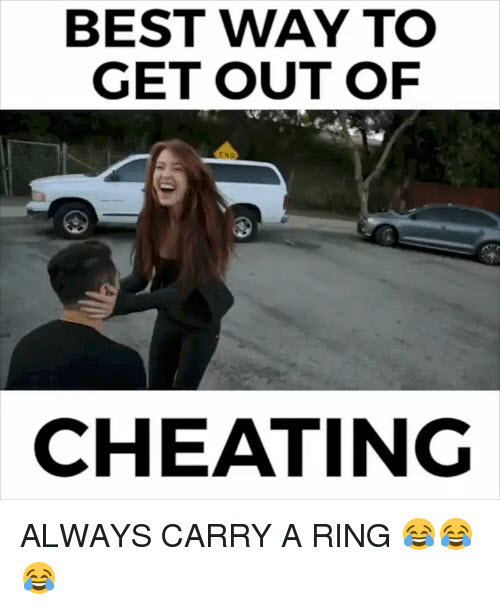 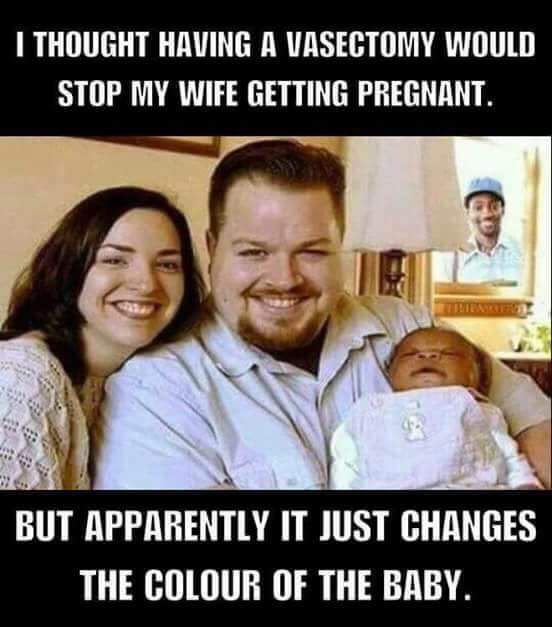 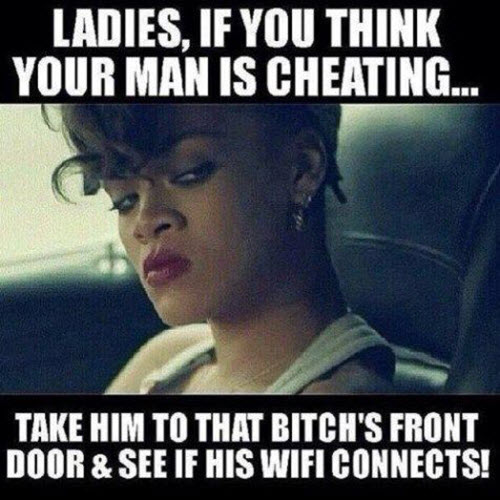 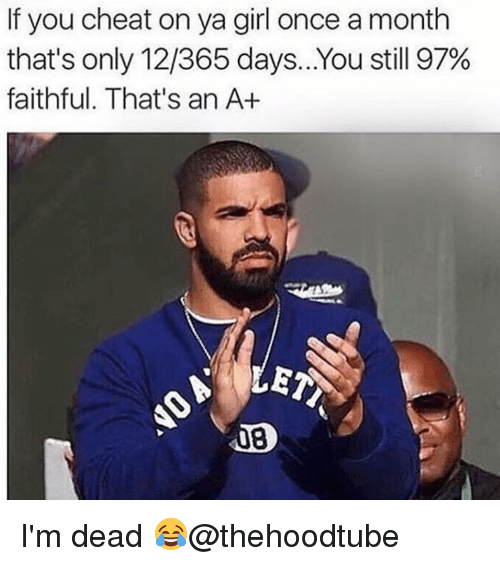 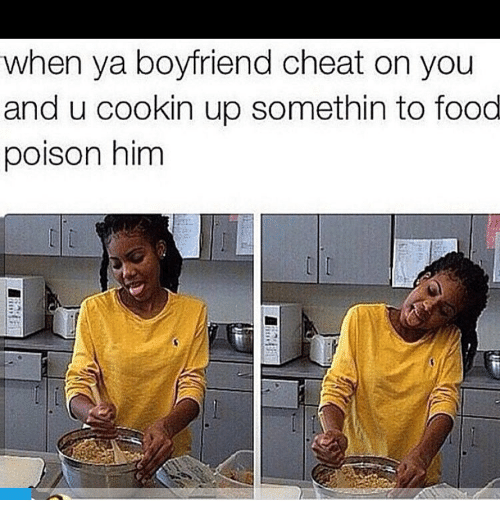 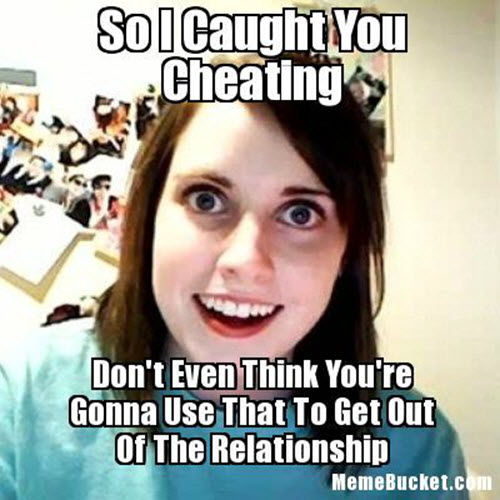 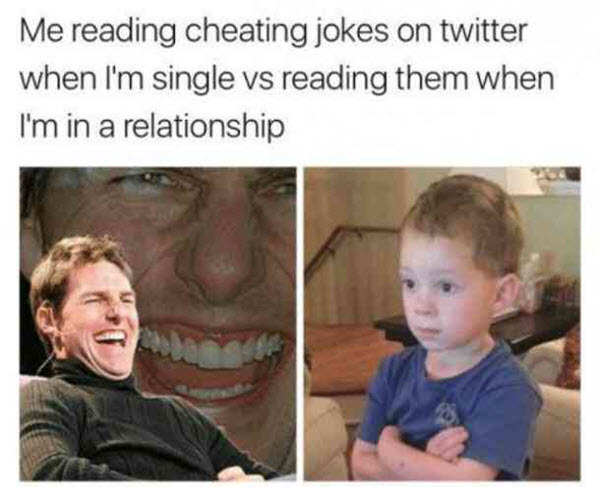 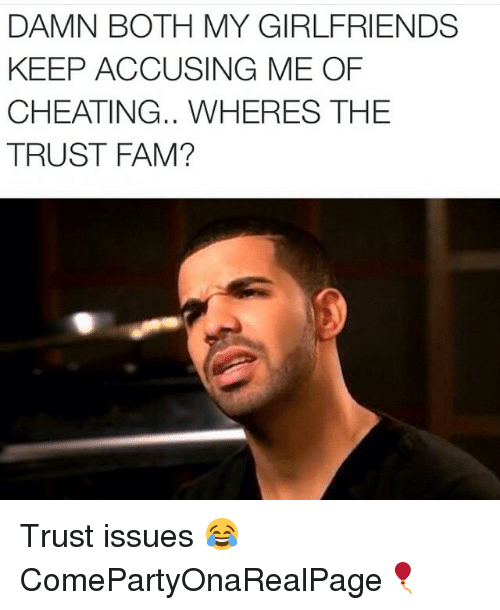 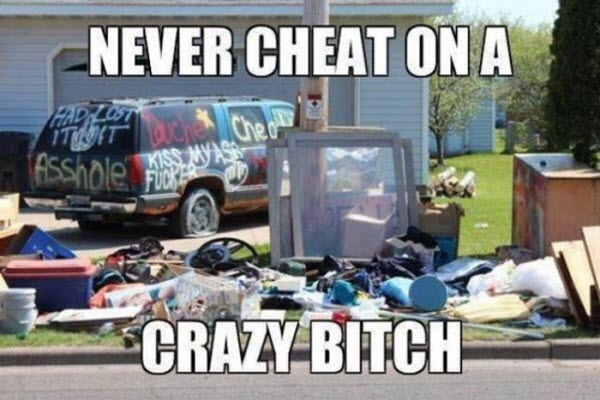 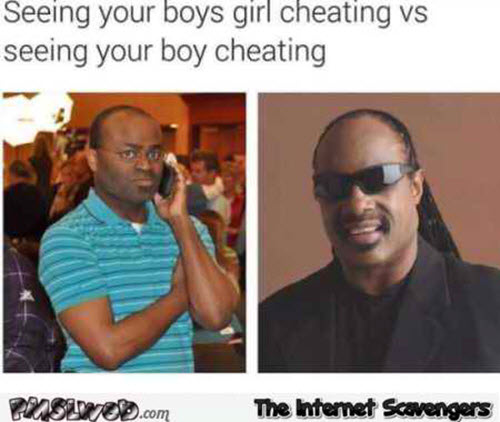 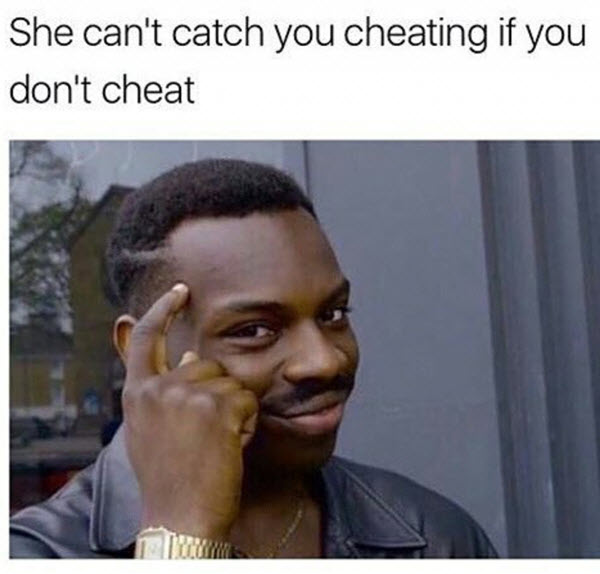 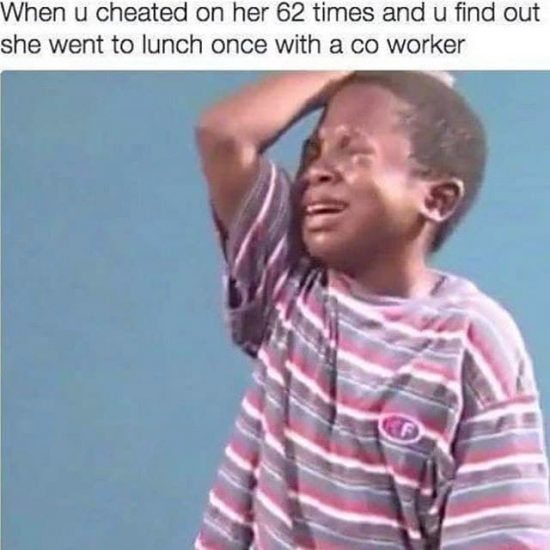 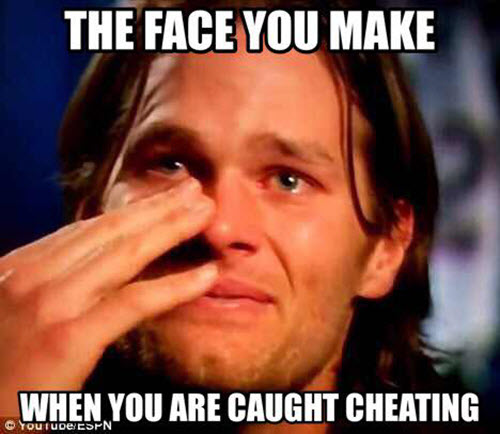 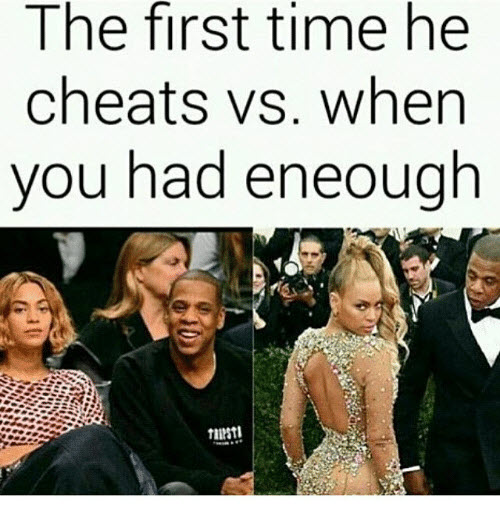 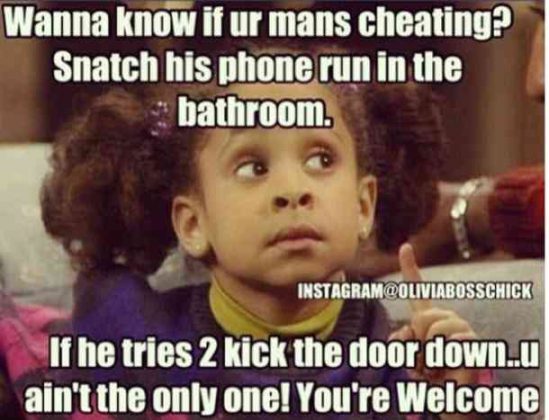 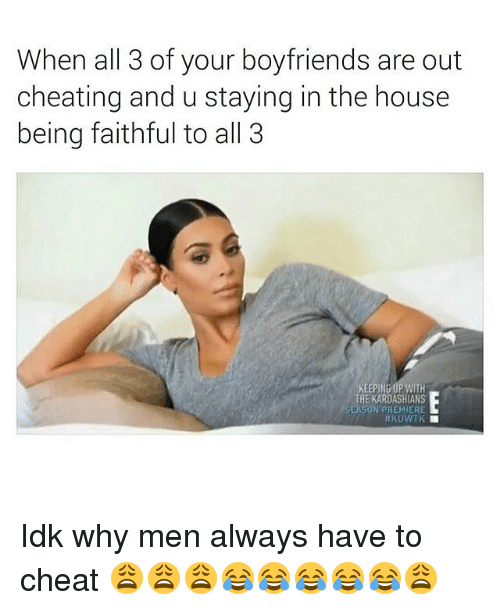 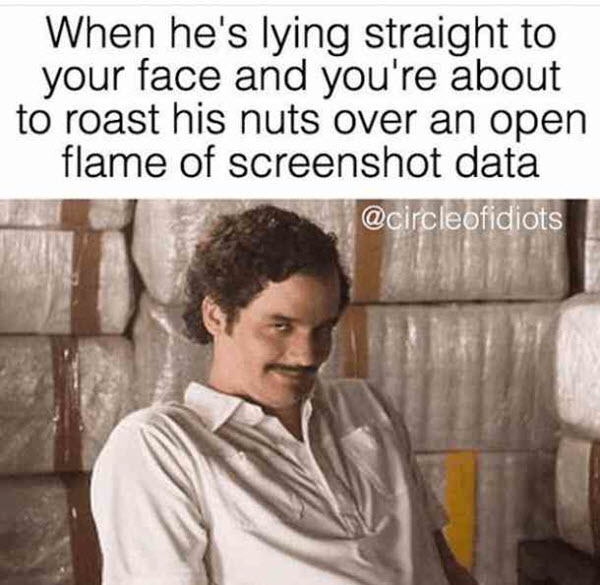 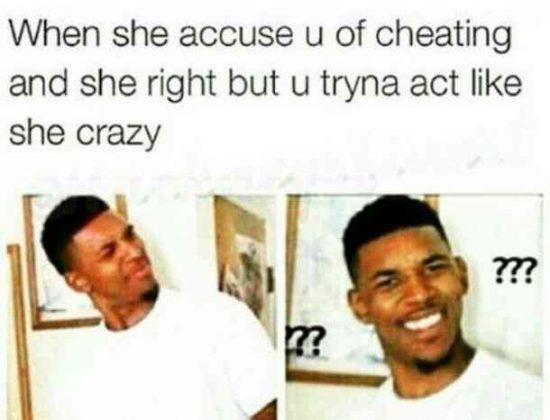 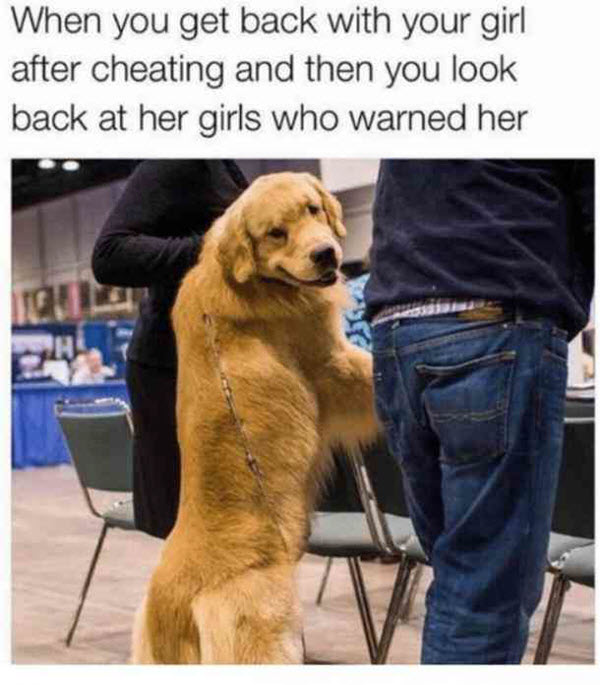 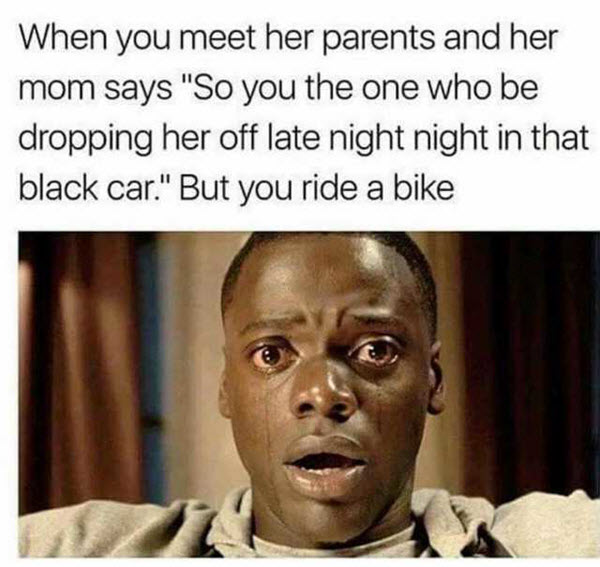 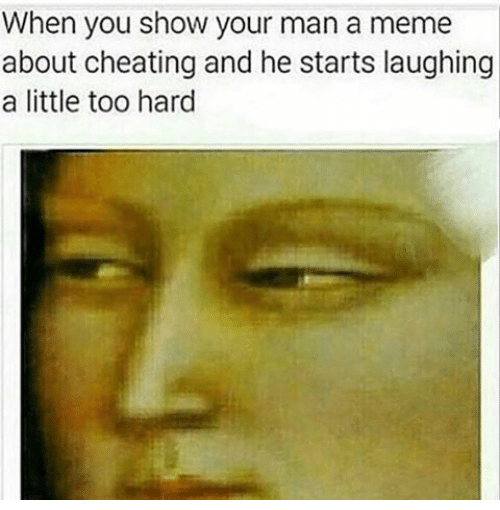 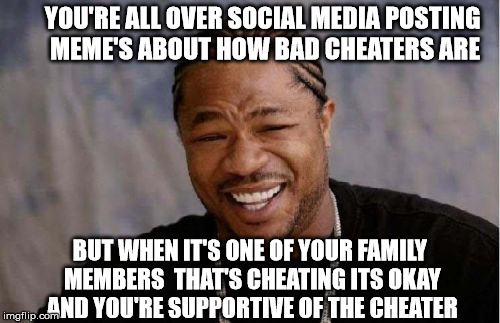 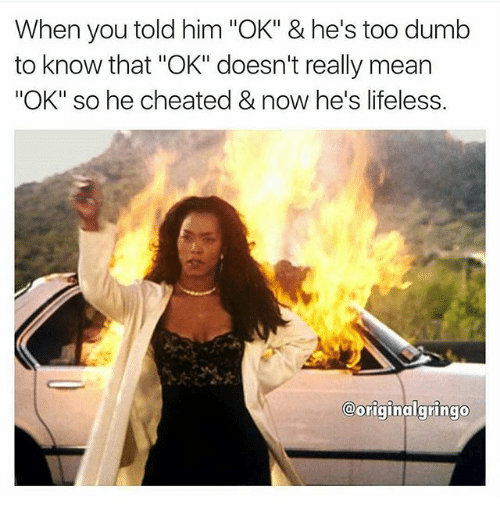 However, that image does not exist in a vacuum, as it turns out. The couple has a complicated background, and perhaps the guy isn’t as bad as he appears. One Twitter user tracked the saga, describing how the couple came to act so dysfunctionally in public using stock photos.

Here it is, the original, uncut version of the internet’s most memorable photograph. The world has been charmed by this simple stock photo of a man going for a walk with his girlfriend only to get distracted by another girl.