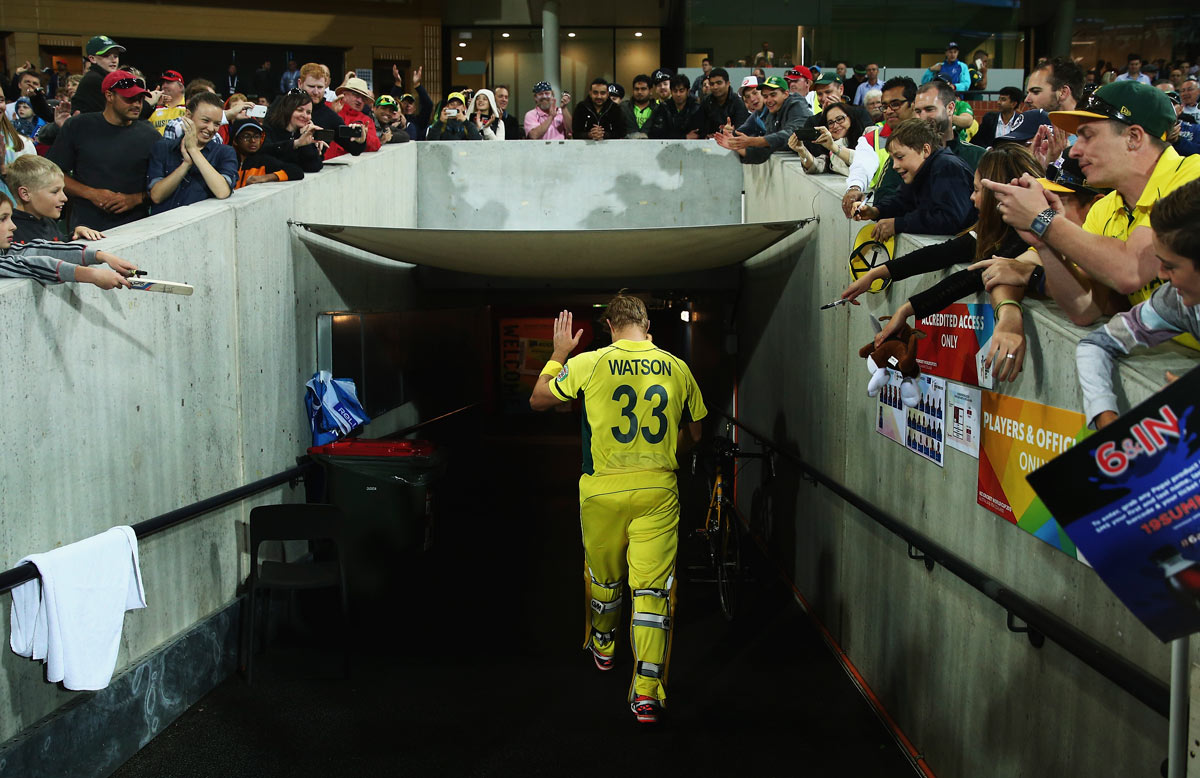 Shane Watson who has played 56 T20 games for Australia will play his next game against Pakistan on Friday. Though retired Watson will continue to play T20 games like IPL and BigBash after retirement.

Watson who retired from test cricket retired in 2015 is the only Australian to have scored centuries in all forms of the game. James Sutherland Cricket Australia chief executive said “Shane should be proud of his contribution to Australian cricket,” .

Shane Watson has captained Australia in one Test in India in 2013.

We will definitely miss you Watson !!