Your decision to adopt a rescue dog from a shelter is a really noble thing to do. There are approximately 4,000,000 dogs in shelters across the United States, about 670,000 of them are euthanized, and around 20% of them will never be adopted at all. Not only did you get a new best friend, but you also gave an unfortunate pooch a new chance at life as well as a caring and loving family to call their own.

Indeed, shelter dogs make wonderful pets, and having one can be incredibly rewarding. They can be grateful, loyal, and generous with their love for their owners. Yet, they can also have some particular issues that make parenting them more complicated than pets with simpler backgrounds. The key to overcoming this and to being a successful rescue dog parent is to be compassionate to them and be understanding of these challenges. Here’s what to expect when you adopt a rescue dog.

Your Dog May Take Time To Adjust 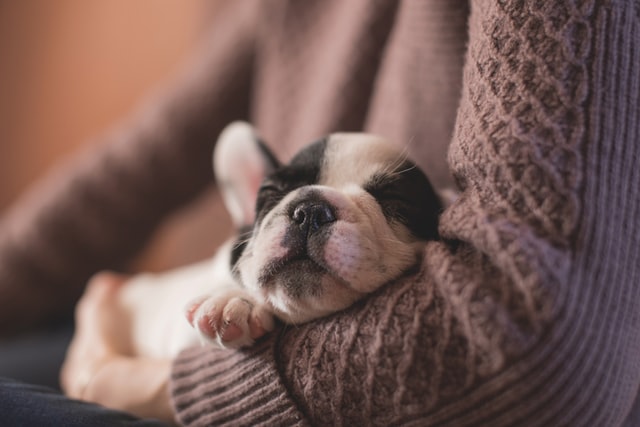 Just as how humans find it stressful to move into a new house, so do shelter dogs. Rescue dogs who have recently been adopted usually don’t have the most positive-sounding history and may not have experienced a typical home setting for a while. Thus, moving into a new family may become even more stressful for them especially since they don’t know what’s happening. That’s why they act differently at first. Usually, you’ll notice them hiding, being shy, timid, or easily becoming anxious or nervous around strangers. To gain their trust and convince them that they are in a safe, loving environment, it’s wise to spare a few days to spend time with your new best friend and make sure that they don’t encounter any issues.

Remember not to pressure the dog–don’t overwhelm him with new and challenging games when he doesn’t initiate them, don’t throw a party with your friends on the very next day to celebrate your new pup, and most importantly, don’t give a bunch of new commands, rules, and demands at your pet. Take things slow and allow your dog to gradually adjust to the new environment. There’s actually a timeline you can expect your dog to follow which experts called the 3-3-3 Adjustment Period. This means it takes nearly three days to get over the shock of moving into a new environment, three weeks to get used to his new home and the people around him, and three months to fully and truly settle into his new doggie life. At that point, your dog will have fully settled with the rules and into the household and even become a true member of the family.

As his new pet parent, you have to know that each dog has had a different life before it entered your family. Hence, your pup might express his traumatic past in a different way than another pet would. Sadly, research on companion animals’ emotional trauma is lacking because of the language barrier. The pet can’t tell its owners what happened to him earlier in life, and if his fears do come from a traumatic experience or something else. If you adopt a rescue dog, you might not know the scope of their history of trauma, but there are some signs to watch out for such as shaking, urinating, hiding, being fearful, growling, aggression, and lunging a leash. And oftentimes, your rescued dog will lick your feet, which might leave you wondering: why do dogs lick feet? Some owners find this behavior odd. While for those with ticklish feet, excessive licking can be uncomfortable. Although sometimes this means your pooch is communicating his affection, in some cases, it’s a result of being anxious, stressed, and any mental disturbance.

While it’s difficult to understand and identify the real cause of your dog’s trauma–or if he’s actually experiencing trauma–you could lessen his stress and fears by giving him a safe space. Sometimes, animals need their own personal space. It could be a corner of the living room, or simply a big couch. You should leave your new pup space in the house where he can rest, sleep and stay unbothered by anyone or anything. Dogs may naturally seek enclosed areas like closets or a dog crate. Just make sure he chooses to go on his own and he was not forced to be confined. Simply follow your pet’s preference–as long as he knows where the crate and the water are everything will be fine.

Your Dog May Have Separation Anxiety

If you have come home to find out that your pet has destroyed the couch and escaped his crate. Or encounter your dog pacing and a puddle of drool in his crate. And perhaps faced by your neighbors complaining about your dog barking all day long. Then these can be symptoms of a dog with severe separation anxiety which many first-time pet owners are unaware of. To further understand it, separation anxiety is a psychological order that manifests in excessive panting and drooling, chewing, whining or crying, digging, defecation, urination, barking, and other destructive behavior when the dog is left alone.

But, before you assume that your new companion has separation anxiety, consider all of your pet’s behavior first. Sometimes, he most likely misbehaves because he is bored or not fully potty trained. After all, he was left at home all by himself with nothing to do. But if he’s indeed been diagnosed to have separation anxiety, you could take some easy training steps for your dog so he won’t get bored or misbehave at home. These include exercising your dog, being his pack leader, giving him something to chew, crate training him, calmly leaving, and returning home.

Your Dog Will Need House Training

Most new pets will need some form of training, whether they are puppies or rescues. Some will know to do their business outside, while others may need potty training. Some already are or look at a crate as a safe place, while others may require crate training. Many will need to learn nice manners when greeting people (without being anxious or jumping on strangers), how to properly walk on a leash, and other obedience training.

Although it’s possible that your rescue pooch has already received house training by his previous owner, some dogs will have been taken into the adopting shelter before this was even possible. In that case, he probably picked up some bad habits from other dogs while he was up for adoption such as improper urination, jumping, chewing, and pulling on the leash. Sometimes, pups might just be acting out because they aren’t getting what they want. Consistency and positive reinforcement are key in establishing new habits and teaching your new rescue pup the rules and boundaries of his new “pack”. Remember to establish a regular schedule for feeding and allowing your dog out will help them become house-trained with minimal setbacks. This will also allow them to settle into your lifestyle.

The first few months with your new dog might be challenging but it’s also about bonding and building a relationship. Learn about your dog’s personality, body language, and preferences. Use this period to allow your dog to familiarize himself with you and learn to trust you. Again, keep in mind to take things slowly during this time, provide him with a lot of love, support, and attention, and most of all, be patient.

Patience is an essential quality to have when welcoming an adopted pup into your home. Losing your temper by snapping or punishing your dog can increase his disruptive behavior even more or cause fear and anxiety, which could lead to further issues. Moreover, keep in mind that impatience is the main reason why many new dog owners eventually give up and return their adopted dogs to the shelter or on the street. An adopted dog is like an adopted child, so it’s best to be patient, and use positive reinforcements when training your new furry friend.