Fantasy football may be something you’ve heard of, but you aren’t really sure how it works. You might have also played before, but maybe you want to learn a little more.

Regardless of where you fall in your fantasy football experience, the following are some things to know. 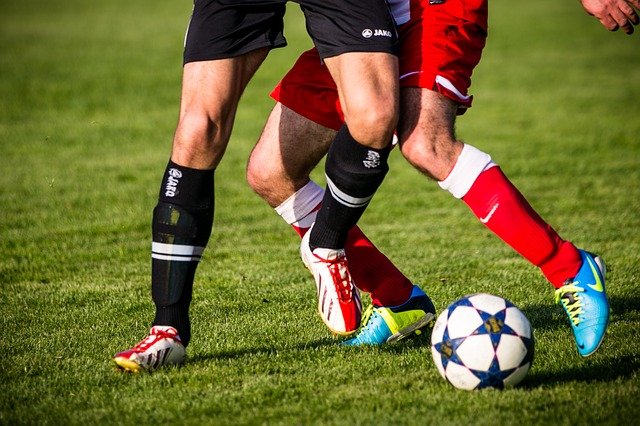 What is Fantasy Football?

Fantasy football is like a math game based on real NFL players. Every week, you start players at different positions based on your league settings. Your positions might include a quarterback, a couple of running backs and wide receivers, a tight end, a kicker, a defense, and a flex player, usually either a running back or wide receiver.

Depending on the league, you might be able to use a tight end or quarterback as your flex.

Then, the statistics that your player gets on the field, such as touchdowns and yards, contribute to the point total for the week.

The point totals of the players that are part of your starting lineup are then what make up your weekly score. If your total is higher than another member of your league, you win for the week.

If your players don’t start, they’re on the bench. They can still score points, but these points don’t go toward your weekly total.

Then, each week you move forward like this until the end of the fantasy season. The end is usually, depending on the league, either Week 14 or Week 15.

From there, the teams with the best records enter the playoffs. Whoever wins the games in the playoffs is the league champion.

Your Super Bowl might be in Week 17, but leagues have varying rules.

You need to set your lineup for fantasy football at least five minutes before the season’s kickoff game. When you have players on your roster from the teams in the kickoff game, they’re locked where you have them at that time.

You can’t move them until all the games end for the week.

If you have a player who’s not doing well, you can release him. You can also trade with other teams. If no one has a certain player on their team, then you can add them to your roster.

In a keeper league, owners stick together and then play every season together. Every owner will keep a certain number of players from the previous year’s roster.

A dynasty league is one where the owners stay in for years, and you keep your entire team instead of just keeping a few players.

There are not only different types of leagues but also different draft formats.

The standard is also known as serpentine or snake. There are multiple rounds in each draft, and the drafting order is randomly selected or may be pre-determined. Every team will take turns picking players for their roster. If you have ten owners in your league, the team that picks last in the first found has the first pick for the second round.

An auction draft format is when every team starts with a budget to bid on players. Owners will alternate announcing players to be auctioned.

A Few Other Things to Know

A question you may have if you’re new to fantasy football is whether you should start in a redraft or dynasty league.

In a redraft league, you do a new draft every season. A dynasty league, as mentioned, is where managers keep their players, and then those roll over into a new season. A redraft league is good if you’re learning fantasy football. Once you have more experience, you might start thinking about dynasty football.

To find a league, most people start by competing with friends, family, or co-workers. You can also find leagues online. A fantasy platform will also often offer public leagues that you can join. You can create your own league if you can’t find one.

If you join a league, get familiar with the rules and settings. A fantasy platform will have default settings, but commissioners can also customize some settings. The league format could be a point per reception or standard scoring. You also want to learn about the type of draft the league holds, the league size, and the roster size.

Finally, if you’re a newbie, consider doing a mock draft so you figure out how to use the platform.