The price of dollars has been rising for several years now and no one seems to know why. It’s long been known that the value of any currency will fluctuate based on supply and demand, the velocity of money and CPI, etc. It is essential to understand how the price of a dollar changes from period to period to place yourself in a better position for trading. The thing is there isn’t much debate about what causes the price of the US dollar to change, there are just questions around why it does so in some cases and not others – or why it fluctuates in one direction rather than another.

Reasons why the price of dollars is increasing –

There are many reasons why the price of dollars is increasing. Let’s deep dive in to know the reason why the rupee is getting weaker day by day.

1) Improvement in the performance of the US economy

The United States economy has been growing at a steady pace for a few years now. This growth has supported the price of the dollar, which is why it has increased in value against other currencies. The US economy is one of the largest in the world, and this makes it a significant contributor to global economic growth. The US dollar is also benefiting from improvements in inflation rates around the world and from a strong American economy that has been able to export its goods overseas at lower prices than many other countries can afford to pay for them.

Another reason why the price of the USD has increased over time is because of high US bond yields. If investors fear higher interest rates or inflation then they will tend to buy bonds but not stocks or commodities such as gold or oil; instead, they will buy bonds that are backed by the federal government (US treasury notes). This increases demand for USDs because they are used as collateral for these bonds

The dollar’s strength has not just come from the US government’s improving ability to pay its debts. The global economy has improved, and that has helped boost the currency. Many investors are looking to invest in dollar-denominated assets to capitalize on the improving global economy. This has led to an increase in demand for US dollars, which has caused the value of the dollar to increase.

5) Changes in the Oil Prices

The price of oil is a huge factor in the economy and it affects how much money people are making. As interest rates rise, so does the cost of borrowing and that means more money for oil companies to invest in oil exploration projects. Oil companies invest billions of dollars into new oil fields every year, so with rising interest rates, they can afford to invest more than ever before. 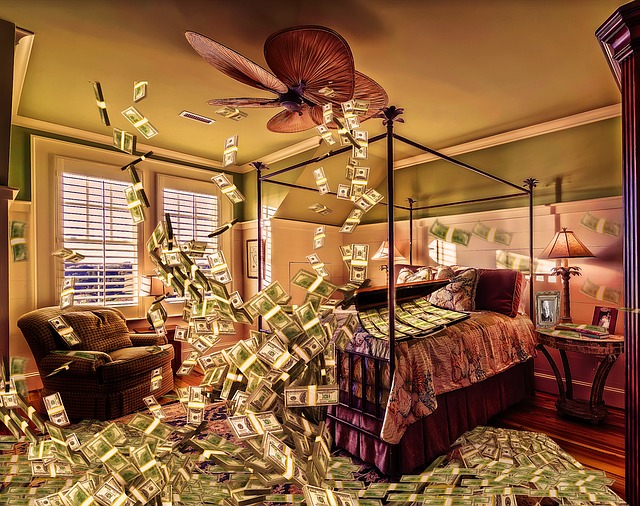 The value of a dollar has increased as a result of inflation, which occurs when the prices of goods and services rise faster than their cost to produce them, causing inflation. There are many reasons why inflation can occur, including:

8) Increased demand for goods or services

The increase in the demand for goods and services is the main reason why inflation occurs. This is because when a country’s economy grows, there is an increased demand for goods and services. To meet this increased demand, businesses have to find ways of increasing their production capacity. This could lead to an increase in production costs which will result in higher prices for consumers.

The increase in the cost of production is mainly caused by higher wages and other employee expenses. These increases can be difficult to manage because they may not be able to keep pace with the increased sales. As a result, consumers will have to pay more for their products.

The government also has an impact on price levels. Higher taxes affect businesses that need to sell their products or services at a certain price point as well as wage earners who need to make ends meet. The tax increase may take some of their income from them, leading them back into debt or out of the market entirely.

The dollar is one of the most traded currencies in the world, and the price of a dollar fluctuates because it serves as a global reference currency, so when a lot of people buy or trade dollars they move the value of a dollar up or down. But not all traders are price makers, many are price takers so they have to take whatever price is offered to them when they want to buy or sell a currency. The dollar is considered to be one of the most interesting markets in the world.