Nitish Kumar has resigned as the Chief Minister of Bihar, Kumar met Governor Kesari Nath Tripathi at Raj Bhawan and submitted his resignation after a standoff with Lalu Prasad-led RJD. 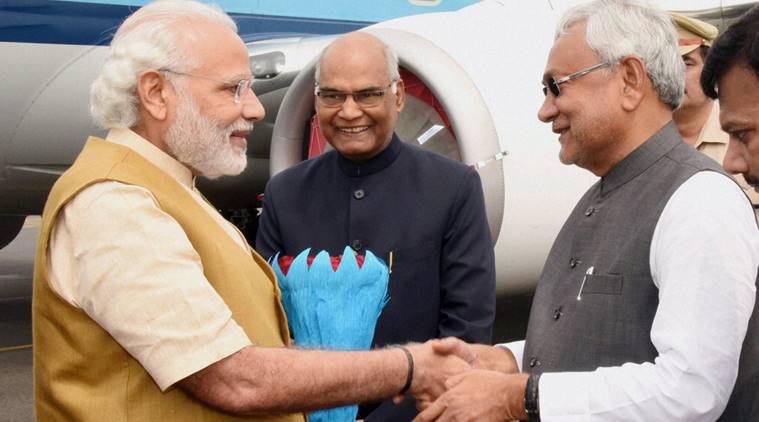 Nitin Kumar Spoke after submitting resignation outside Raj Bhavan, “Under the current situation it’s not possible for me to continue with the government. I tried to find a solution. I had requested Lalu Yadav and Tejashwi to clear all the facts regarding the corruption charges. But nothing has happened,”.

He further added, We can’t wait anymore. RJD doesn’t want to give any explanation, So we are quitting. He was asked if he will form a government with BJP later, He said, We will do whatever is best for Bihar.

The Governor has accepted Nitish Kumar’s resignation, and has asked him to continue till the next development is announced.

Their were reports earlier that BJP might help Nitish Kumar to form a government. Currently n the 243-member Bihar Assembly,

The resignation has come as a big surprise to Bihar Government. Hope this does not impact the future of Indian politics.