However, being a PM doesn’t really mean to take your country achieving the progress, in fact, it also means to stay in style.

Here is a list of How Modi made politics a stylish arena.

When Modi become trendsetter with Kurta

The day Modi was declared the Prime Minister of India from that very moment, Kurta’s got its new name in outfits trend.

Modi has not only set kurtas as his signature outfit but instead, he gave India’s traditional culture a new outfit style. 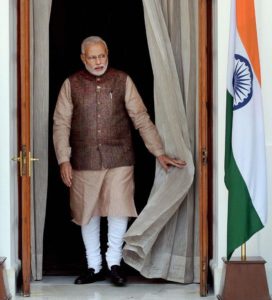 Nothing but the attitude to define your personality makes all the difference. And Modi ji is the best example of it. With his classy dressing sense, he rocked the entire nation. 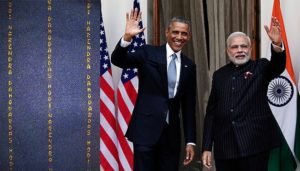 Narendra Modi set up a new trend in the outfitting industry with his new Monogrammed Suit. This dark-colored suit has redefined his personality in politics when he wore this suit first time on his meet up with Obama.

What got the media’s attention to this coat is actually the imprinted stripes on the coat written with his own name. It says “Narendra Damodardas Modi“.

Everyone knows about the style which Narendra Modi carries with him. He is the style icon of proud India. It’s not the International visits which Modi did that the world knew about his style.

When he visited Jammu and Kashmir after he was appointed as the PM there Modi was seen with a light blue colored Matka Silk, a popular Indian handloom. 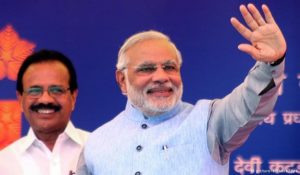 Every time Narendra Modi visits or meets someone he has a different style to showcase. That’s what made him the style icon of India.

Modi Ji in T-shirts and Trousers

One of the best Pms in India. Narendra Modi sets a new trend when it comes to styling. It’s not just that Modi is well-dressed when he is in a meeting or outside India. 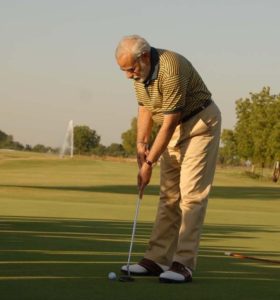 Indeed, he showed how stylish he is wearing a pistachio green-colored t-shirt with off-white trousers in the golf court.

On the visit to France, Narendra Modi wore an exquisite looking black colored shawl which has Modi’s initials on it. As he meet with Obama in the Monogrammed suit was not that appealing so he went a step further with his outfitting style. 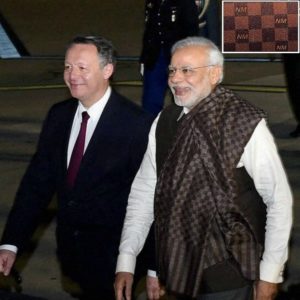 Wearing a brown suit Narendra Modi again made his spot in his international visit at BRICS summit a memorable one. Additionally, he completed this look with a red and green colored pocket square which took his dressing sense to the next level. 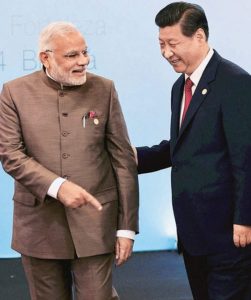 Modi stole the entire game in Michelle’s fashion thunder, with his simple orange Pashmina Shawl when he meets Barack and Michelle Obama during their 3 days visit in India. 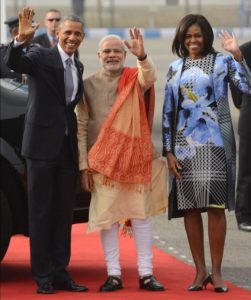 The Pashmina not only showcased the BJP color but also proved that Narendra Modi is still with the trend and is not lagging behind.

Modi Posing with a Pony in the Mongolian Way

Being the PM of India, Modi perfectly understood what it really takes to create a global image. Following and keeping that in mind he was seen in the Mongolian robe along with the Pony. 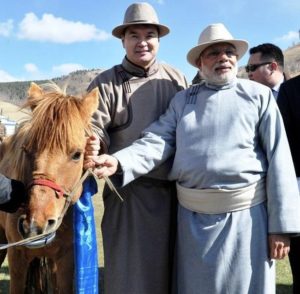 I think Narendra Modi is the best example who shows why you should dress properly. We all should respect his style and learn from him.

Let me know in the comments section in which Narendra Modi Fashion Style looks fantastic.

I think he is the style icon of India and will always remain the trendsetter when it comes to dressing decently.