Fantasy Cricket Game is the new generation trend. No matter what your age, fantasy games are made for game lovers. The most impressive fact about these games is that you can win Real Cash prizes and play them just by sitting at your home.

It is one of the most trusted apps, the oldest fantasy app in the world. The Brand Ambassador of the Dream11 App is Mahinder Singh Dhoni, there are millions of users or players who enjoy playing on this app. There are many more app games available on dream11 with you can play and earn. These games include football, basketball, Kabaddi, hockey, and many more games. With this app you can earn lakh-crores per day with your skills, you will get a signup bonus on installation and 100 rs on referring so that you can start up, after completing KYC you will get some money and you can withdraw all winning amounts in your desired bank account.

This app is one of the top fantasy cricket apps in India, It is the most popular fantasy app after Dream 11, Virendra Sehwag is the brand ambassador of the Myteam11 App. It also has Kabaddi, basketball, and hockey games apart from cricket. It has some free league in which players can join and win real cash without paying any entry fee. They give a bonus of Rs 100 offering to new players for real cash winning by joining free. Users can play regular fantasy as well as safe fantasy. In this app, Kyc is necessary to withdraw money from the bank.

It is another fast-growing fantasy app that you can play. The Brand Ambassador of Ballebaaz App is Yuvraaj Singh. It provides the best and most different type of league, it has 3 leagues, which are Bowling fantasy, Batting fantasy, and Classic Fantasy mode. If you love to play cricket, then all this is going to impress you. You can withdraw the amount after Kyc from the winning cash wallet.

Check out this HD Video

In the list of best fantasy apps, another great app to play fantasy cricket is player spot, where you can play cricket, football, and kabaddi games. By signing up to join the Player Spot App, you get Rs.30 by entering the referral code. Both free and paid contests are available for players. It has a Paytm money transfer facility.

It is a newly launched fantasy app, and the new app will help you to earn more money because if new then competition will be less. It is a real fantasy platform for you to show your cricket skills and play fantasy cricket. Choose your own player and create a perfect fantasy team and join a public league or contest to win real cash. It has a Paytm option for payout.

It is such a fantasy app where you can play the stock market, cricket as well as many types of games. The brand ambassador of the MPL App is Virat Kohli Sir. Although there are many earning apps in India, the mobile premier League is an interesting app. You can find it on both Android and IOS platforms. You have Paytm, UPI, and bank transfer methods available for payments.

It is the new offering from Gamekraft, India’s fastest-growing gaming platform. It aims to be the most winning fantasy game. It provides you with a game league, and a contest like a fantasy app but it also has some new types like 1st inning and 2nd inning both can join the league by creating different teams. You can withdraw money after the KYC process.

It is one of the top fantasy cricket apps, it is the best app for new players because the competition here is also less and it is user-friendly. There are a lot of offers for free entry in this app, there are many such contests or leagues in which you would like to join. If you have a little skill in cricket, then this can prove to be the best fantasy app for you. After KYC You can withdraw your payment. 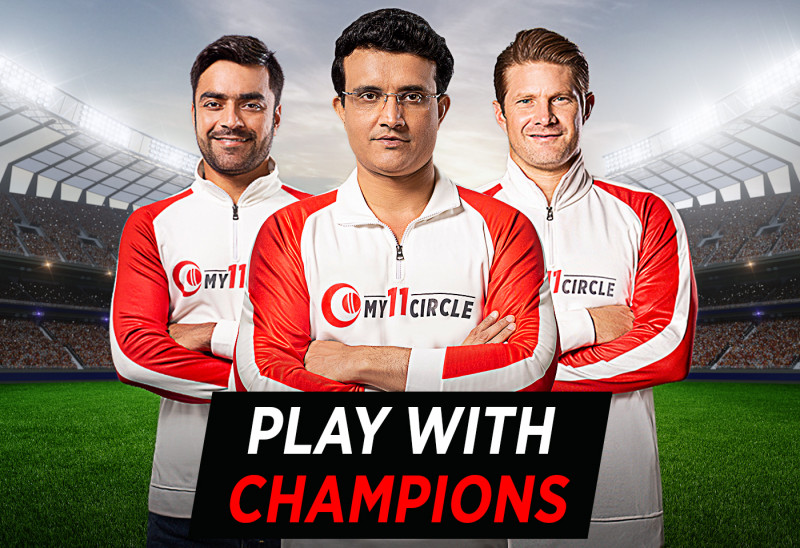 It is the new Fantasy App, where users can play fantasy games like Football Kabbadi apart from cricket, the brand ambassador of this app is Sourav Ganguly, You have to join the Contests available to make a team of players and win real cash. There are many fantasy leagues available in the app where users can join the league of their choice and earn from this fantasy app.

It is a fantasy game platform that is the best way to play cash and interesting cricket fantasy games. The brand ambassadors of this fantasy app are Hardik and Krunal Pandya.The shortest and fastest version of fantasy games where users can team up, join leagues and win real cash. You will be able to withdraw your winning amount after KYC.

Who does not want to add extra money to their pockets? And the best thing is you do not have to go anywhere, you can play it at your home. So, convert your passion into real money. I hope, You liked today’s information about the best Cricket League Apps To earn cash daily. Thank you!!