Again this time die hard iPhone fans will not be able to buy Apple iPhone 6s and 6 plus on it’s launch date as the indian launch date is not announced yet buy we have some good news for people in india who really cant wait for iPhone 6s and 6s plus launch in india and are eager to buy it as soon as possible.

Indian iPhone fans will be able to buy iPhone 6s and 6s plus within 2 days of it’s launch U.S launch on 25th September from the Grey market  for 1 lakh Rs.  The grey market will be able to attract iPhone buyers only for few days as the release date for iPhone in india is expected to be around 11-15 october. 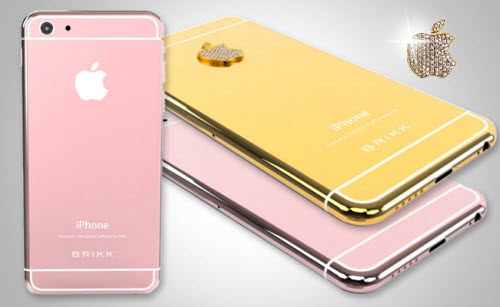 Grey markets in india like Delhi’s Gaffar Market, Kolkata’s  Fancy Market and Air-Conditioned Market, Mumbai’s Crawford Market and Heera Panna Market have already started getting enquiry about iPhone 6s and 6s Plus which was launched in San Francisco on 9th september and some of loyal Apple iPhone fans have even started taking orders.

The newly launched rose gold colour variant is very much in demand and will be sold at higher price in Grey market.  The initial price will be around 1 lakh R.s but it will come down when iPhone 6s launches in india. ” said a mobile store owner in Crawford Market Mumbai.

How do iPhone come to indian Grey market in just 2 days of it’s launch in U.S

The sellers at Grey market have there agents in U.S who will place buy request at the Apple Store when company starts it’s pre-order and the agents will ensure that the first lot of iPhone 6s and 6s plus reaches india within 2 days of launch in U.S

The first model of Apple iPhone was launched way back in 2007  but india was ignored and Apple took long time to come to india. Apple has increased it’s focus in india as it saw 93% growth in India. Apple usually took 2-3 months to launch iPhone in indian market but with the increase in sales and demand it is said that iPhone 6 and iPhone 6s will be launched within 15-20 days of global launch.