Britain is still the top foreign destination for American tourists. According to Visit Britain, almost half a million Americans visited in 2019, up 26 percent from the previous year. The number of Chinese visitors has jumped by around 20 percent each year since 2018. 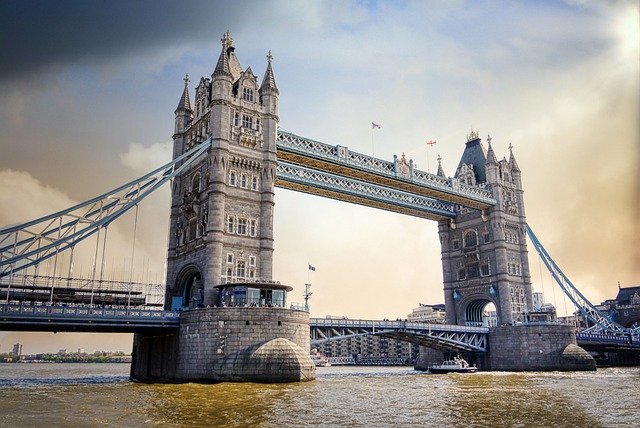 The UK is a mass of contradictions, which means, there is something for everyone. From the pomp and ceremony of royal Britain to the trend-setting Capital. The UK has a serious side and a fun and quirky nature. After all, the UK gave us bingo and Pearly Kings and Queens.

But what interests the tourist the most?

Even though the UK is known for its ancient castles, ruins, and tombs, most people who visit are more likely to be enticed by the sheer number of museums in London.

The British Museum saw 6.7 million visitors in 2018/2019, the Tate Modern had 5.9 million, and then came the National Gallery with 4.6 million. If you love history, culture, art, and fashion, this is the place to be, and the best news is that most museums and galleries are free (donations welcome).

The Royal Family Attracts Visitors To The UK

For some, they are a fascination, and others just a curiosity. Still, for many people visiting London, they want to catch a glimpse of the royals, even if it is just to have a photo taken outside Buckingham Palace.

Britain has some of the best world-class sporting events in Europe. Rugby fans are treated to 6 Nations games, usually right around Valentine’s Day. Cricket lovers can catch all test matches played at Lords, and F1 racing enthusiasts get to visit Silverstone. Let’s not forget soccer.

The UK is the birthplace of football (soccer) and other world-class sporting events held throughout the year.

For decades Londoners have headed down to the river Thames to watch the New Year’s Eve fireworks; it has become something of a tradition for many families.

Britain is diverse and loves to celebrate other cultures like Chinese New Year and The Festival of Lights (Diwali), Hanukkah, and Eid ul Adha. We even love to celebrate when Guy Fawkes tried to blow up parliament; we call this Bonfire Night.

Other Interesting Sights To See

You may be aware of some of these unusual attractions, but if you want to see something traditional, the giant model railway is perfect for families and people who love model trains.

At the same time, those who enjoy military history should look out for the annual London Military Vehicle Show that brings together classic tank models.

How About A Side Order Of Pie?

The British are famous for their pies. Whether it is steak and ale, or chicken and mushroom, this is a staple dish that was first prepared at The Great Exhibition in 1851.

There is even eel pie or pie mash and liquor. This traditional-style dish is a hot water crust pastry, with a filling of meat and gravy served with liquor (parsley sauce) poured over it. Often called eel pie and mash but doesn’t contain any eel at all.

For those who want to try the traditional way of making a pie, you can take advantage of lots of courses offered in all sorts of exciting venues, and you get to eat the food after you’ve made it!

The UK Is Still The Best For Quality Shopping

Shopping attracts millions of visitors every year. Whether just browsing or buying to take home as a souvenir, retail therapy helps bring in the crowds to the country’s many shopping centers, markets, and department stores.

With the fluctuating Pound, many tourists come to the UK to take advantage of the exchange rates. Luxury shopping venues like Selfridges in London and Harvey Nicols in Leeds give visitors the chance to shop and explore without bashing their wallets.

The UK Mixes Old And New

London is famous for its futuristic architecture (Millenium Bridge, the glass pyramid at the British Museum) and traditional landmarks like Big Ben and Nelson’s Column.

Yet, it still blends in with modern skyscrapers (The Shard) and cutting-edge designs (The Walkie Talkie) at 20 Fenchurch Street in London.

20 Fenchurch Street offers the best views from the top, and visiting is free but booking is required.

Britain Is Also A Haven For Culture And Art

There are over 2000 art galleries across the UK, many of which are free to get in, while there are eight world-class museums.

If you want something different, then there is the modern art collection (The Design Museum), science and technology (National Railway Museum), or historical exhibits (Cromford Mills).

A thriving theater scene also mixes classics like Shakespeare at the Globe Theatre, old favorites like “Matilda”, and cult shows like “Something About Jamie” or “The Jersey Boys”.

Photo by Fedor on Unsplash

You Can Visit The Home Of The Beatles

For many people visiting the UK, one of the main reasons for travel is to visit locations where they can get a real feel for history. To use Liverpool as an example, it has some of the finest preserved Georgian buildings in Europe and was home to The Beatles (John Lennon).

If You Enjoy A Bit Of Quirkiness, Then This Is The Right Place For You

Pearly Kings And Queens are traditionally men dressed in white with red nail varnish who wear bowler hats, carry pearl necklaces and help out at weddings. The Pearlies have been around since the 19th century in London and surrounding cities.

UK Food Is So Good That It Is Shown On TV

One example is celebrity chef Jamie Oliver who follows his passion for helping people with food and healthy eating. He started as a fishmonger on a market stall before becoming involved in many different aspects of food and cooking, not just as a professional chef.

There is nothing quite like catching the best views of London from Westminster Bridge. It has been there since 1750 and is a trendy spot for wedding pictures or simply for taking in some fantastic sights such as Big Ben (from across the Thames) or the London Eye.

Filmmakers use the bridge in movies because of its iconic value, just one example being the 2012 James Bond film “Skyfall.”

The UK has something for everyone on every budget.