Gmail and WhatsApp are the most popular tools every person in this world are using right now and they have achieved a significant milestone. Both WhatsApp and Gmail reach one billion active users almost at the same time.

Gmail’s Achievement was announced at the its parent company Alphabet’s Q4 2015 while WhatsApp announced it’s achievement through it’s blog just a few minutes after Gmail’s announcement. WhatsApp said it had added over 100 million users in last five months to reach the magic-billion mark.

This means that around one person out of seven in the world use WhatsApp messaging service. This announcement came after just one week after Facebook announced that it will not charge the $0.99 annual fee from it’s users.

The messaging giant WhatsApp wrote on it’s blog :- “We are proud of this milestone, and we’re humbled by the extraordinary ways all of you have used WhatsApp,” WhatsApp added more by saying

So even as we celebrate this achievement, our focus remains the same. Every day, our team continues to work to improve WhatsApp’s speed, reliability, security and simplicity. We’re excited to see how far we’ve come. But now, it’s back to work – because we still have another 6 billion people to get on WhatsApp, and a long way left to go. 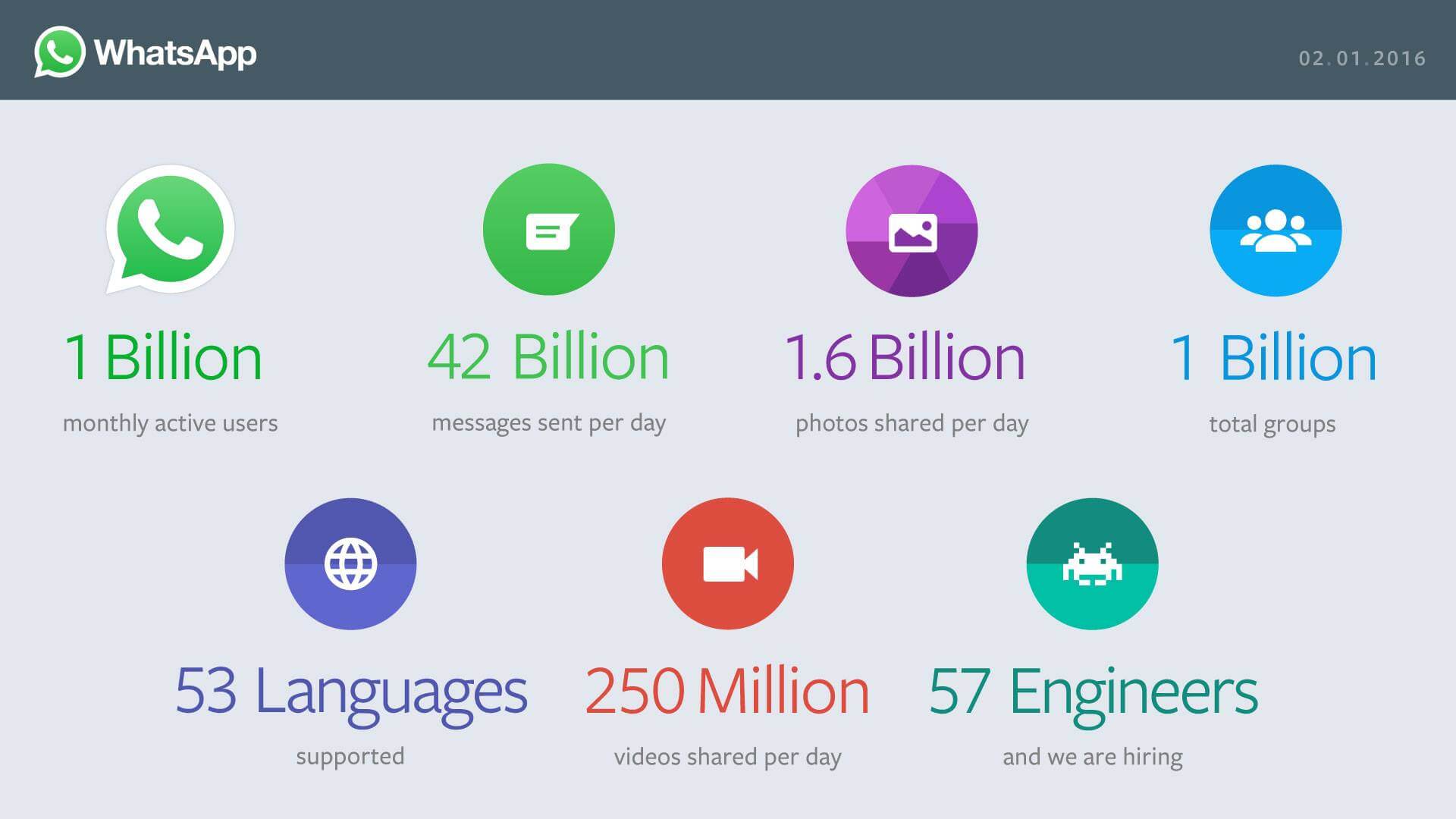 WhatsApp was launched in 2009 has now been Acquired by the social media giant Facebook in February 2014 for a whopping $19 billion had only 450 million active users then and it has doubled it’s users in just 2 years. WhatsApp has crushed Facebook messenger in terms of users which has 800 million active users.

one billion users and not a single Crunchie award. Leo, I feel your pain brother… @LeoDiCaprio

The guys at Google were also in a mood of celebration when the company announced having reached 1 billion users. Google said it has added 100 million users since last May and doubled it’s users since 2012 from 425 million.

Thanks a billion for helping us make Gmail better and better!https://t.co/Rd82YqwGjl

Gmail was launched way back in 2004 and took much longer time to reach 1 billion users but Google’s other products like Android, Youtube, Maps, Chrome, Google Play and Search already have more than 1 billion active users.

Both the companies are very much behind than the social networking giant Facebook which has around 1.59 billion users