Before we look at the impact of World War One on education, let’s plunge back in time and remind ourselves of what this war meant for the world. The War is always a great tragedy in the life of mankind. And when it unfolds, there is no sphere of life that is not affected by it. The negative impact on people’s lives increases in proportion to the extent the country where they live is involved in the war. If it is a territory where combat operations are directly taking place, then the people living there and the population of the entire country where the fighting is taking place feel the impact of the war the most. And this impact does not end with the end of the war. Its effects will be felt for a long time in the economic and social life of the country. But the main thing is that this life should continue. Because the worst consequence of war is the huge scale of tragic deaths. And these are not only the deaths of the military, but also of civilians. 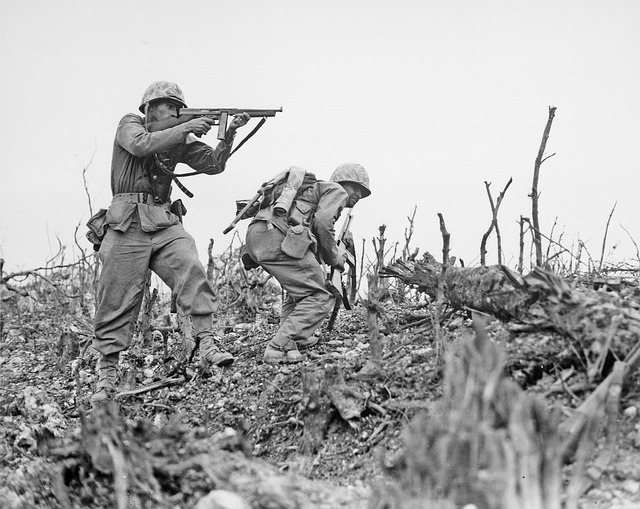 The World War One spanned the years 1914-1918. It began with a localized but serious conflict between Serbia and Austria-Hungary. It was the assassination of the Hungarian heir to the throne, Franz Ferdinand, by the Serb Gavrilo Princip. The conflict between two Balkan countries escalated into a huge international crisis. It involved most European countries. At first, they split into two global coalitions, the Entente (Great Britain, France, and Russia) and the Triple Alliance (Austria-Hungary, Germany, and Italy). Later the First World War led to the split of the European continent into 2 major opposing alliances. The alliance of the United Kingdom of Great Britain and Ireland, the Russian Empire, Italy, France, the United States, Japan, Portugal, Greece, Serbia and Montenegro against the alliance of Germany, the Austro-Hungarian Empire, the Ottoman Empire, and Bulgaria.

This war was a major turning point in the economic, political, social and cultural life of the world. It led to the mobilization of more than 70 million soldiers, including 60 million Europeans. It was one of the deadliest conflicts in history, with about 8.5 million military and 13 million civilian deaths. Even though the United States was only at war for a few months, it still had an impact on American lives. Men were mobilized. Women had to take their places in factories. The lives of US children also underwent significant changes in a variety of areas during and after the war. The following questions arise. Is there school during war or when did education start?

World War One and Education

The World War One changed education in the United States by changing the curriculum and mandatory patriotism classes. The government also introduced various new programs in American education. If you are a student writing an essay about World War 1, do not forget to note the following. The special attention was paid to patriotism and nationalism. All those things significantly affected education. The United States government and Woodrow Wilson funded a series of posters, brochures and speeches. All of them were imbued with anti-German sentiment and strong nationalism. Thinking about what other facts to include in World War 1 essays, we can add the next fact. Across the country, public schools used forms of propaganda to influence students to be loyal to the United States. Volunteering in federal organizations was also encouraged. Among them was the Reserve Officers Training Corps (ROTC).

The government created several programs (the National Education Association, the Committee of Public Information, and the Cardinal Principles of Secondary Education). They promoted national movements. Their goal was also to transform the education system from a state-based to a nationalized one. It was supposed to promote the spirit of a united nation among students. For example, textbooks were changed. The changes concerned the portrayal of the American Revolution so that Britain would not look in a bad light. This was important because the United States joined the alliance with Great Britain.

In addition, pro-war lessons were implemented in public schools. They included weekly fifteen-minute patriotism lessons. Interestingly, teachers were supposed to foster a positive, rather than negative, attitude toward the war in students. And often the war was portrayed to students not as a destructive force, but as a celebration of victory. In other words, the emphasis was not just on informing pupils and students about the events of the war, but on making them realize that great significant events were taking place. The curricula were also rewritten with a noticeable emphasis on hostility toward the Germans and emphasizing the Allied victory. With such appeals, in 1918, a brochure entitled “Studying the Great War” was given to every high school student.

Unprecedented Rules for Female Teachers in 1914

Any war impacts the lives of the people of the attacking country and has a large-scale impact on the population of the country being fought. The last ones feel the impact on all spheres of political, economic, cultural and social life. The horrors of war often affect not only the military, but also civilians of all ages, including children and students. At its peak, World War I directly and indirectly affected more than 30 countries. In the case of the United States, the situation was radically different than in Europe. In the last one millions of military and civilian casualties were suffered. Among the impacts of the war on the United States, there were significant changes in the approach to teaching pupils and students. The entire curriculum was changed. They rewrote textbooks to show Great Britain from a different perspective than before. After all, it was officially an ally. Patriotic movements were created. The key emphasis was placed on strengthening the national spirit, cohesion, and presenting the war not as a destructive experience, but as a great event.