Since the last couple of years, Intolerance has become a buzzword among few people of India. Although, few incidents of clashes were there in different parts of the country. But, there are many which prove why India is a unique nation. One such incident recently came to our notice in Jajmau’s Siddhanth Ghat Shiva Mandir of Kanpur district of Uttar Pradesh.

This Monday, was the first of Shravan – the month to worship Lord Shiva. Devotees who are observing fast were visiting the temple for offering their prayers. At that time, a group of Muslims from Kanpur Samaj Samiti came forward to offer fruits, juice, water, and milk to the devotees. 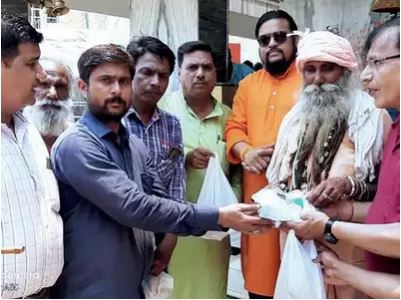 It is noteworthy that Kanpur Samaj Samiti is an organization which acts for establishing and maintaining the secular fabric in the city, well-known as Ganga-Jamuni Tehzeeb. All the Hindu devotees were delighted with this kind gesture from people of other community on their own festival.

“India is home to many religions and all religions preach compassion, love for human beings and virtues. We should respect all religions the way we respect our own religion since the message of all religions is the same.”

This incident is the tight slap on the face of people who talk about Intolerance! Such incidents happening from time to time are enough to prove Cultural Heritage of India.

Those who think that there is Intolerance in India should visit Kanpur and see, why India is a Nation with Unity in Diversity. Jay Hind!