Can anyone change the bond connecting a mother and her child? Well, not even God has the authority to change that bond. Like a mother can go to any extent for her child, even a child can do so if necessary. This has been proved recently by a 35-year-old man living in West Philadelphia who climbed 15 storey building to defend her mother. He didn’t think even once about his own life and broke all the limits to save his mother. You might be wondering what has happened right? So, here is the entire story.

Living in West Philadelphia, a 35-year old man Jermaine escalated straight to the building on the 15th floor to save his mother who was stuck in the fire. The video has been leaked on social media platforms and has caught the attention of the entire world. 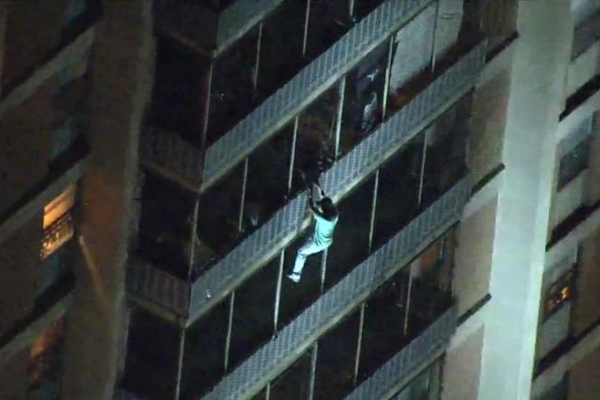 Apart from his efforts, there were rescue helicopters too and they were throwing the shining lights on the building which helped the man to climb down safely.

When dogged deeper, we found on Twitter how this incident took place. So, according to Christie Ileto who is a 6 ABC reporter tweeted that,

“Officials said that the fire first started on the first floor inside the trash room and then heavy smoke started into the other hallways because of which 4 people suffered from smoke inhalation and many people got injured too”.

Officials say fire started in the trash room on the first floor. Flames shot up the trash shute to the top floors, heavy smoke then poured into hallways. 4 residents suffered smoke inhalation, 3 first responders had to be treated for that as well as heat exhaustion. @6abc pic.twitter.com/3NwjLVnYay

We hope, every individual is fine now and you can watch the video that has already been leaked on the internet.