Smartest and Best Insults : There would have been ample of instances when you would be having a verbal altercation with some of your worst enemies or your exes! Also, many times we regret of not been able to counter attack some of the verbal assaults made by our counterparts. This happens with almost all of us. So, in the world of Memes and the age of Sarcasm, instead of regretting later, it will be considered wise to be prepared for countering them with the best comeback insults and catch them unprepared. Here we are with the list of best insults for your heroic comeback.

13 Smartest and Best Insults to Destroy Your Worst Enemies

First, lets look out for the insults especially for your biggest enemy. Insulting him/her for their existence is the best idea. Let them know that they are the biggest mistake that the human race has experienced till date.

1) Your birth place Must’ve Been on The Highway, Because That’s the place Where Most Accidents Happen.

2) If I Had A Face Like Yours, trust me, I Would Have Had Sued My Parents!!

Now have a look at these insults. Specially made for love life, Breakups and Love-Jealousy issues. Everyone of us go through it. Don’t We?

4) Well, my toy (Ex) looks worn out. But that won’t be a problem for you because to be the best. Iron needs to be polished and brushed.

5) I always have faith in god. But, when I see you and your girlfriend together, I start losing that faith, I mean, An angel with a piece of shit?

Now, have a look at these insults. These insults can be used to dedicate the laziest person in your group. Or, it can also be used against a person who does nothing but keeps advising you while he is busy resting in his life.

6) People want a Jaguar or a Rolls Royce. I just want a JCB Machine or a Bull Dozer to move it over your crap face.

7) Laughter is the best medicine. I could justify that. The Mortality rate just increased because of your funny face!

8) What is the difference between you and a Pig? A pig generally doesn’t have a 2-bedroom house!

9) When I look at you, I feel even Gods sometimes make a big mistake in the creation of human world!

We also have something more. Special insults for the dumb guys. Shoot them directly with the bullet of education and sarcasm. Have a look at these:

10) That’s the reason I always told you to stop stalking girls and be attentive in your English class.

Number 11 is our favourite, checkout the image below, we are sure you will be able to relate to it. 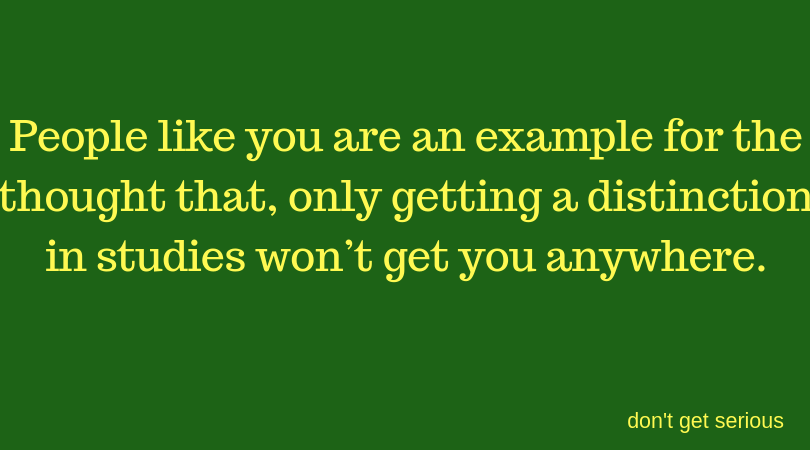 12) My three-year-old brother is more intelligent than you. Why did you waste your parents’ money by attending school and doing nothing!!

Now, here is the best one of all. A specially tailored insult to use as your final attack. The attack when your opponent (Most likely- a girl) says WHATEVER. That’s when you should think that your win is almost inevitable now as she does not have a point or a counter argument left in her box.

13) Aaahh! See did you notice that I just won an argument against you? I mean, you just said “Whatever”

Also View : Girl Ditches A Guy Until She Sees He Drives A Lamborghini Gallardo

So that were some of the best insults for your quick combats and sudden showdowns. In this age of memes and sarcasms floating all over your social media profiles, the sudden and unpredicted insults in the form of one liner dialogue keep you updated and always ready for the counter attacks. So, use these lines wisely and only if needed in emergency. Also, never mix up the lines or else you would be at the receiving end soon!

Do you have some similar insults? Write us.