Written by Shalini Published on September 23, 2022

As a parent, it can be hard to tell if you’re doing right by your children. Parenthood is surely one roller coaster ride that seems to be easy and fun but has quite a lot of ups and downs. There are days when you just can’t take it anymore and then the next moment this is what you need. Beautiful moments like these, however, make it clear that you’re surely doing something right! Being a parent is a wonderful experience that lasts a lifetime for you. However, it does come with a fair share of trials and tribulations and disappointments.

For a daughter, her father is her first love. There is nothing in this entire world that she can compare to the bond of a father and daughter. For his daughter, a father is never afraid of doing impossible things. Simple things like learning how to braid our hair to joining his little girl at her little tea party, even when they’re very busy they will do it all.

They are no less than a superhero! Chatchai “Sam” Panuthai is one of them, and he recently did something remarkable that his kids will always cherish. The absence of one parent can leave enormous gaps in a kid’s development, the other one needs to fill those voids and function as both. As a single father, it may be difficult to manage kids, home, and finances, and you may be concerned about your family’s well-being, but despite all that, single fathers can too raise their kids successfully.

Sam is a Thai single father from Kanchanaburi and has two sons Imsome and Ozone. After the divorce, the kid’s mother moved to Europe, and Sam has been caring for his family, serving as both mother and father to his kids. Thailand commemorates National Mother’s Day on On August 12th. When all of Imsome and Ozone’s classmates arrived with their mothers, their father planned something special to celebrate the day, so that his kids did not feel left out. A close friend of Sam, Kornpat Ae Sukhom, posted a video of the day, saying: “He wanted the children to not feel left out because their mother left them.” 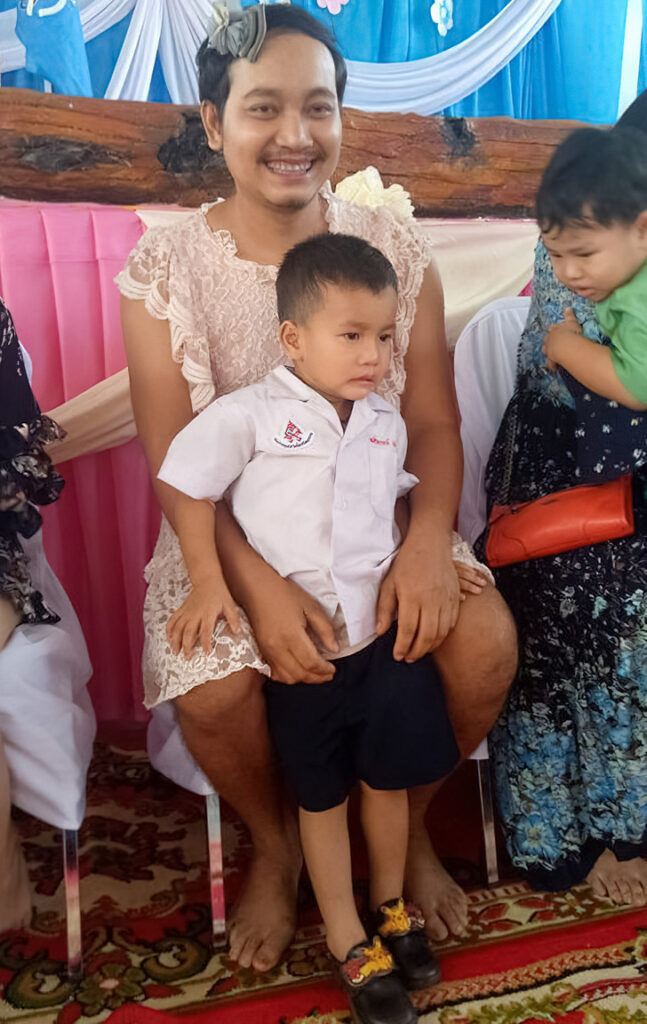 When the school hosted a Mother’s day celebration for the students and invited their mothers, this 32 year old father from Thailand took charge and dressed up. Panther dressed in pink one piece to resemble a mother’s image and to remind his sons that they did not differ from their classmates.  As we can see in the video posted by his friend on Facebook, during these rituals, kids often sit at their mother’s feet to express their gratitude for everything she has ever done for them, and Imsome and Ozone can be seen doing the same with their father. 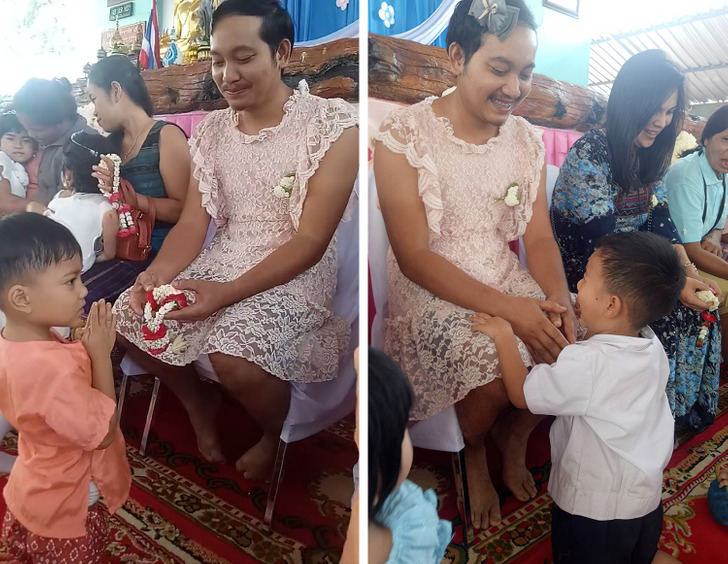 Sam’s friend, Kornpat, captured this wonderful moment between the father and his sons and posted it on Facebook with the caption: “Best mom of 2018.” The video went viral quickly, garnering over 6 million views.

“Everyone enjoyed it and laughed and took photos with him,” Sukhom said. “His 2 sons weren’t quite sure what was going on and why Dad was wearing a dress.”

Sam Panuthai wants to normalize being a single father, just like it’s normal to be a single mother. He wants to ensure that people understand he is simply carrying out his responsibilities and making his kids happy just like a parent would do. Donning a dress is an irrefutable gesture that wishes to emphasize that no matter who or what, a kid should never feel left out as long as they have someone taking care of them even if it’s their father.