Salman Khan Arrested and Jailed for 5 years in blackbuck poaching case : The breaking news has come that Salman Khan has been arrested and jailed for 5 years. The reason behind this is the 20 year old BlackBuck poaching case. The Jodhpur court has in Rajasthan has jailed bollywood Superstar for 5 years. The Prosecution lawyer Mahipal Bishnoi told the reporters that Salman khan has got jail of 5 years and a fine of Rs 10,000 ($150) for the case. 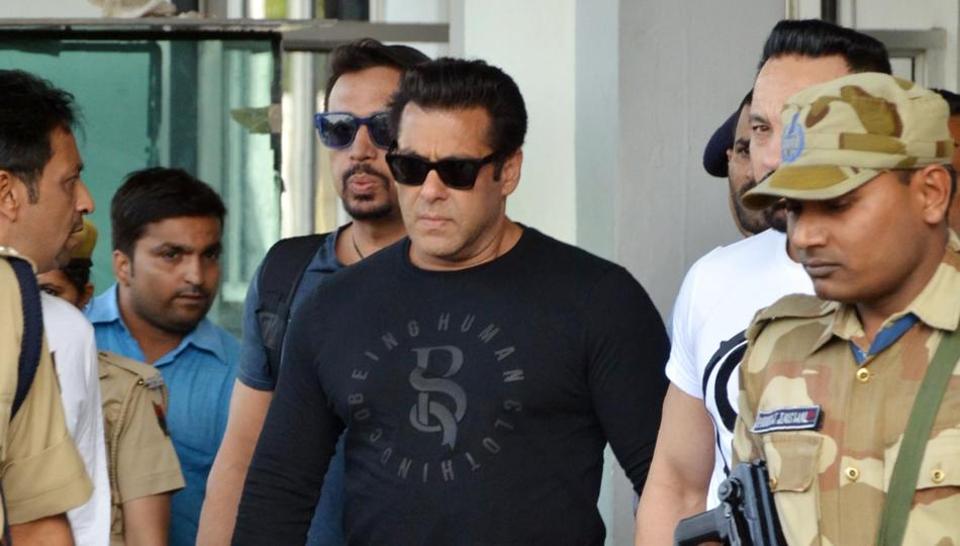 The Prosecution lawyer said an arrest warrant is being prepared for the superstar will be sent to Jodhpur central jail. Salman Khan who pleeded not guilty will have a chance to still appeal at the court.

This is the case from 1998 when Salman Khan along with Sail Ali Khan, Sonali Bendre and Neelam were shooting for Hum Saath Saath Hai in Rajasthan. All the actors have been accused in Blackbuck Poaching case but only Salman has been found guilty and rest all other actors have been acquitted. The court did not punish Saif, Sonali Bendre and Neelam due to lack of evidence

Salman khan is the biggest superstar currently in Bollywood and around 500 Crore rupees have been stuck because of his arrest. Many producers have invested in his films. Recently tiger zinda hai crossed Rs 300 crore. He has a huge fan following and is famous for relesing his films on EID every year. His next movie Race 3 is set to release in next few months.

This is not the first time Salman Khan has been Arrested. A hit and run case was also filed against Salman Khan when he ran his car over a homeless man, Later in 2015 the Bombay high court overturned his conviction.

Saif Ali khan is also one of the biggest superstar in Bollywood, He is part of Sacred Games (TV series) which will be released on Netflix later this year which is Netflix’s first Indian series.

Let us know what do u think about Salman Khan Arrested and Jailed for 5 years in blackbuck poaching case. Keep visiting our website for more updates on BlackBuck poaching case