Many wrongly believe that Rastafarianism is all about reggae, ganja, dreadlocks, and colored clothes. Rastafari would be mad at you for calling them Rastafarians in the first place or use the suffix “ism” in regards to their movement, as “ism” suggests religion and they do not agree. Do you want to learn more about this fascinating philosophy, its beliefs, practices, and rituals? Let us take a trip to Jamaica and learn more!

Rastafari do not like the Concept of Systemic Religion 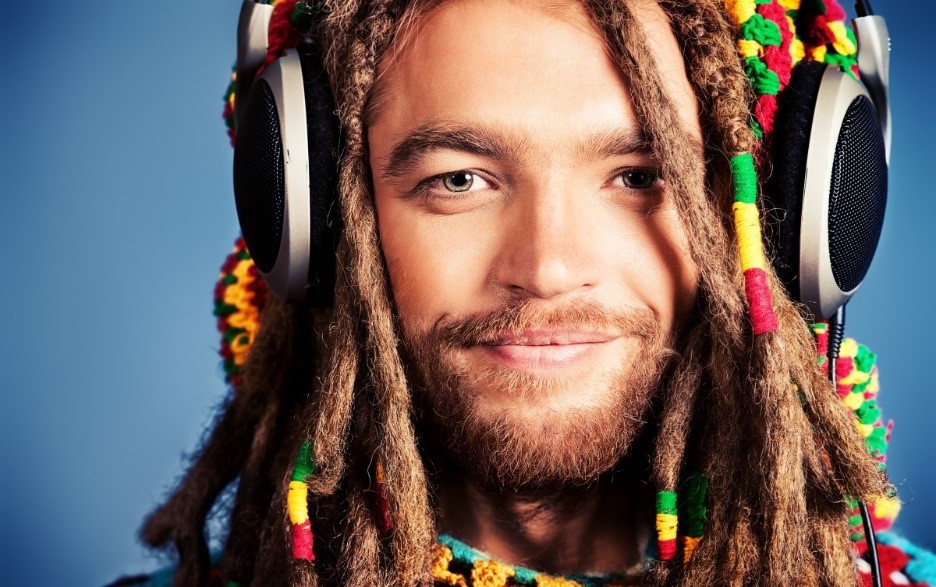 While scholars call the movement Rastafarianism and its practitioners Rastafarians, the respective population does not. They identify with a pro-African movement and a blend of Abrahamic and Christian spirituality, opposing, in fact, the notion of organized, systemic religion.

They see the corrupt “Babylonian” (the Western white culture) system as oppressing people all over the world. Therefore, any association with “isms” and “ians” is anathema for the Rastafari.

Today, the largest concentration of Rastafari is in Jamaica, but you will find Rastafari all over the world if you pay enough attention.

Some treat the Rastafari superficially, considering the philosophy more of a cultural movement based on funky music, flashy clothes, weird hairdos and lots of weed smoking, but if you go past the media noise and the shallow judgments, you will find practices, beliefs, and lifestyles that surprise and impress.

The Reasoning and the Nyabinghi

The Western culture would need more reasoning sessions, with or without the ritualistic weed (which not all Rastafari smoke as it contradicts some of their beliefs and values). The Reasoning represents informal meetings between Rastafari who share a pipe of ganja and engage in deep and meaningful discussions. The sessions begin with a prayer. The participants pass on the “chalice,” and the session ends when all participants leave one by one. The topics sometimes resemble the public debates in Ancient Greece (for lack of a better comparison) where people talked religion, philosophy, culture, and so on.

The Nyabinghi is a nighttime fest of drum music and dancing, organized on Rastafari holidays and special occasions. The festival is the perfect opportunity to bring together Rastafari from all over the world in one place. It can last several days. During the night, they sing and dance, and during the day, they participate in Reasoning.

Some of the most significant Rastafari holidays are Grounation Day (April 21), Marcus Garvey’s birthday (August 17), and Ethiopian New Year (September 11), among others.

Treating their Bodies as Temples

One reason not all Rastafari smoke weed is that they hold true the belief that their body is a temple that they must revere and keep clean from all things tainting it. The Body Temple belief is the underlying reason for the dreadlocks (allowing their hair to grow long), their specific diet (called Ital – a concept stemming from the word vital), their lack of tattoos, and their refrain from other vices.

Moreover, they do not eat plenty of meats or spices, as they are not “clean” enough and frown upon the consumption of tobacco, alcohol, and drugs. They also ban the use of artificial flavorings, artificial colors, and preservatives, processed foods, canned foods, and so on. While most of them are vegetarian, some eat only certain types of fish (as the Bible has nothing against fish).

The “wisdom weed” however has some roots in the Bible, apparently, and Rastafari spiritual leaders promoted its smoking as a religious ritual. More importantly, ganja is not your street-corner dealt weed, but a carefully grown herb that cleanses the body and opens the mind. As we said, the smoking of ganja is prevalent, but not a required practice.

Some even quit it altogether, as smoking of any kind is a genuinely unhealthy habit. The fundamental belief and practice are to take care of your body: do not feed it bad things, do not hurt it, keep your body and mind strength to the highest level, and be harmonious with yourself. When putting this way, the Rastafari way of life is one of the healthiest.

Just as in any movement, you can find some extremes in Rastafari principles and beliefs. Some are separatists and consider they should stay away from other races, corrupted and polluted by Babylon. Nevertheless, most Rastafari welcome and encourage mutual understanding, accepting, and cooperation among all races and peoples of the Earth, promoting a multi-ethnic Rastafari movement.

Rastafari favor self-determination, liberation, and, sometime in the future, repatriation to their homeland – the return to Ethiopia (which, for them, is the Biblical Promised Land).

To understand the Rastafari culture, philosophy, and way of life, you should read more about the most critical Rastafarian beliefs and practices, their point of origin, their spirituality and way of being into the world, and more. While we all have heard about Bob Marley and we automatically consider a person is wearing dreadlocks as a Rastafari, we could make superficial judgments and propagate false myths. It takes time, patience, and passion for comprehending the Rastafari culture as a whole, but it is a beautiful and enlightening challenge.