Written by Shalini Published on January 6, 2023

Singapore is well known as one of the safest countries in the entire world, and a TikToker legit put this theory to the test.

A TikToker by the user name Uptin Saiidi, who uploaded under the username (@uptin), decided to leave his laptop in a Starbucks store for about an hour and decided to go to another place for brunch. He wanted to test how safe Singapore is. Obviously, at the end of the video, Uptin discovers that his laptop is kept in the same place where he left it.

To give upliftment to his confidence in experimenting, the content creator referred to government statistics from the year 2021, claiming Singapore had 250 days without a single report of the most frequent types of crime. “Honesty and fairness is a big part of the culture here,” he reveals of why his laptop was left untouched. “Basic needs are met so people don’t feel like they need to resort to crime.” 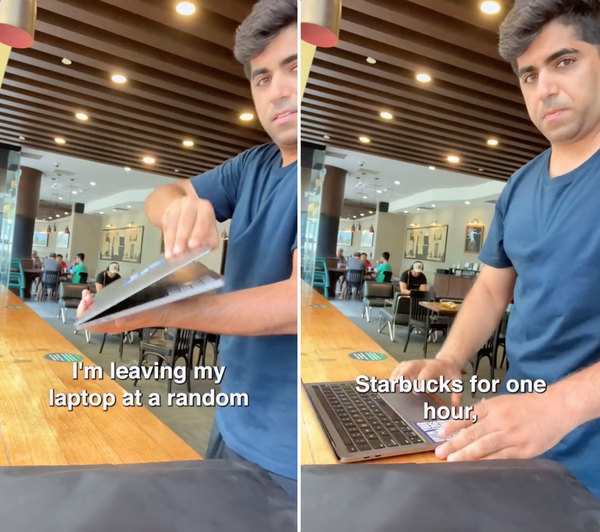 Surveillance also occupies a major part in keeping up a near zero-crime status, according to him.

The cameras are a significant crime deterrent and similar punishment.
The Singapore Government Agency website quotes that “whoever commits theft shall be punished with imprisonment for a term which may extend to three years, or with fine, or with both.”

Uptin’s video has gathered a huge variety of reactions.

“I live in Singapore and left my phone at a bus stop and the next day it was in a plastic bag taped to the wall with a note saying lost phone,” a user said. 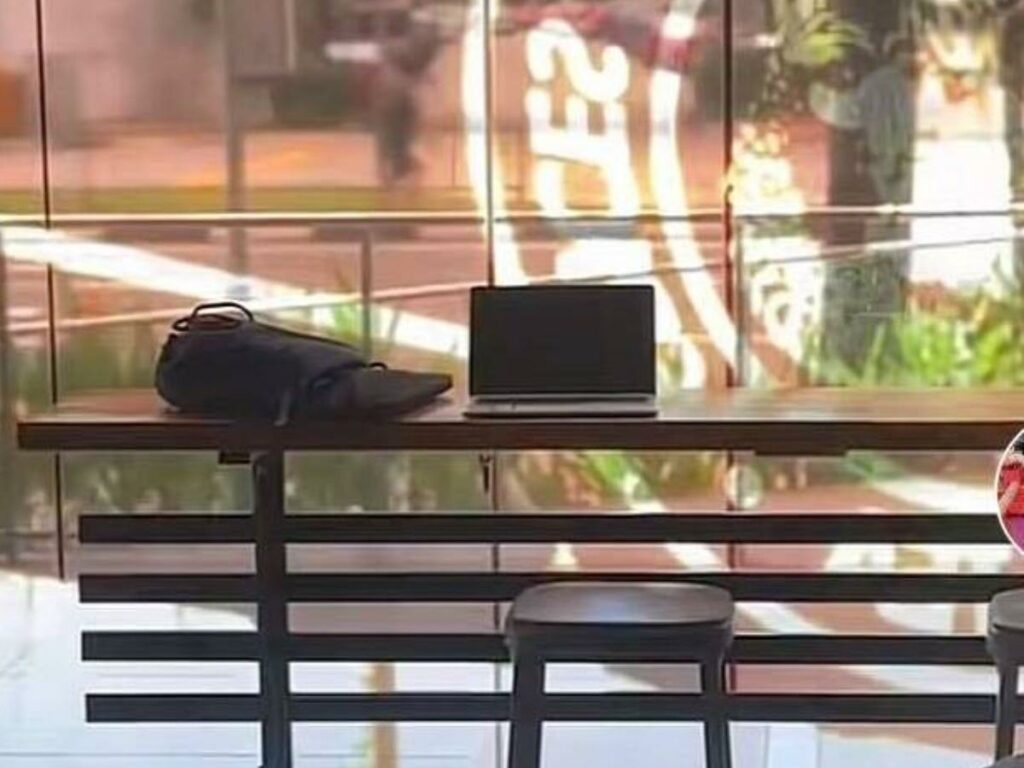 “This is a very expensive social experiment,” another one joked.

“In London, it’ll get stolen even if you’re sat in front of it,” said one.

Singapore occupies the 9th position as the safest country in the world, as per the 2022 Global Peace Index.

A notable feature that the majority of foreigners living in Singapore would agree on is that Singapore is highly safe.

The country occupies a prestigious position for societal security and lack of conflict. 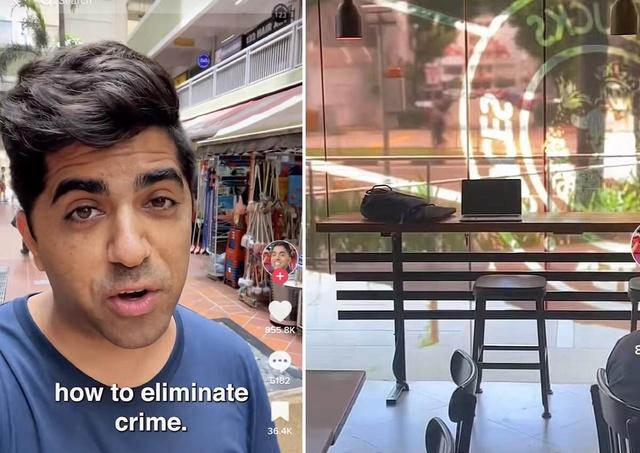