Without any doubts the Islamic State of Iraq and Syria are the biggest threat to humanity at this very present moment. The ISIS is planning to establish a Caliphate reign across nations with their leader as Caliph. 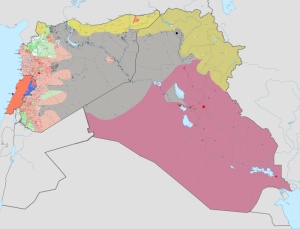 And this is what they intend to do in the near future. 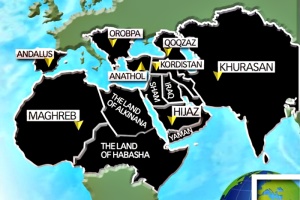 The above picture was taken from  book written by BBC reported Andrew Hosken titled Empire Of Fear: Inside The Islamic State. The terror organization plans to control Africa and European targets within the next five years.

Their Caliphate, s state governed by sharia law, covers the reign which will start with Spain from the West to China in the East. And if things do actually turn up, India will also be a part of the Islamic State.

The map emerges at a point where the west need to act to take down this group of people who don’t belong to any religion going by the word Terrorists.

The video below shows denunciation of men and women for reasons being from homosexuality to have sex with fighters.