The main cause for using cannabis is “feeling high” – an uplifted state of euphoria and lightness that this herb typically causes. Some advocates of medicinal weed use name the relaxation and stress-relieving effect of weed as its therapeutic benefits. However, weed is not enough for clinical depression treatment; people with severe depressive symptoms often mix weed and pills to achieve a more pronounced effect.

Unfortunately, there is little scientific insight into the actual consequences of mixing antidepressants with weed. Clinical studies are challenging because participants should agree to take a potentially dangerous mix, which is deeply unethical. So, here we discuss the available data about weed and antidepressant intake to shed light on the potential risks and underlying interactions.

Weed as an Antidepressant

So, what makes people use weed instead or (or together with) antidepressants? There’s a large body of clinical and anecdotal evidence of weed’s ability to make people happy, just like pills do.

Given this evidence, many people suffering from anxiety, chronic stress, and depression choose weed in favor of antidepressant pills. If you’re one of them or know a person challenged by choice of stress-relieving strains, here is a list of top picks for healthy relaxation and antistress effect:

Still, weed users with depressive symptoms should keep in mind that weed is not a medication, strictly speaking. It can only alleviate the stress and anxiety symptoms for the period of cannabinoid effect without offering long-term symptom relief or treatment. 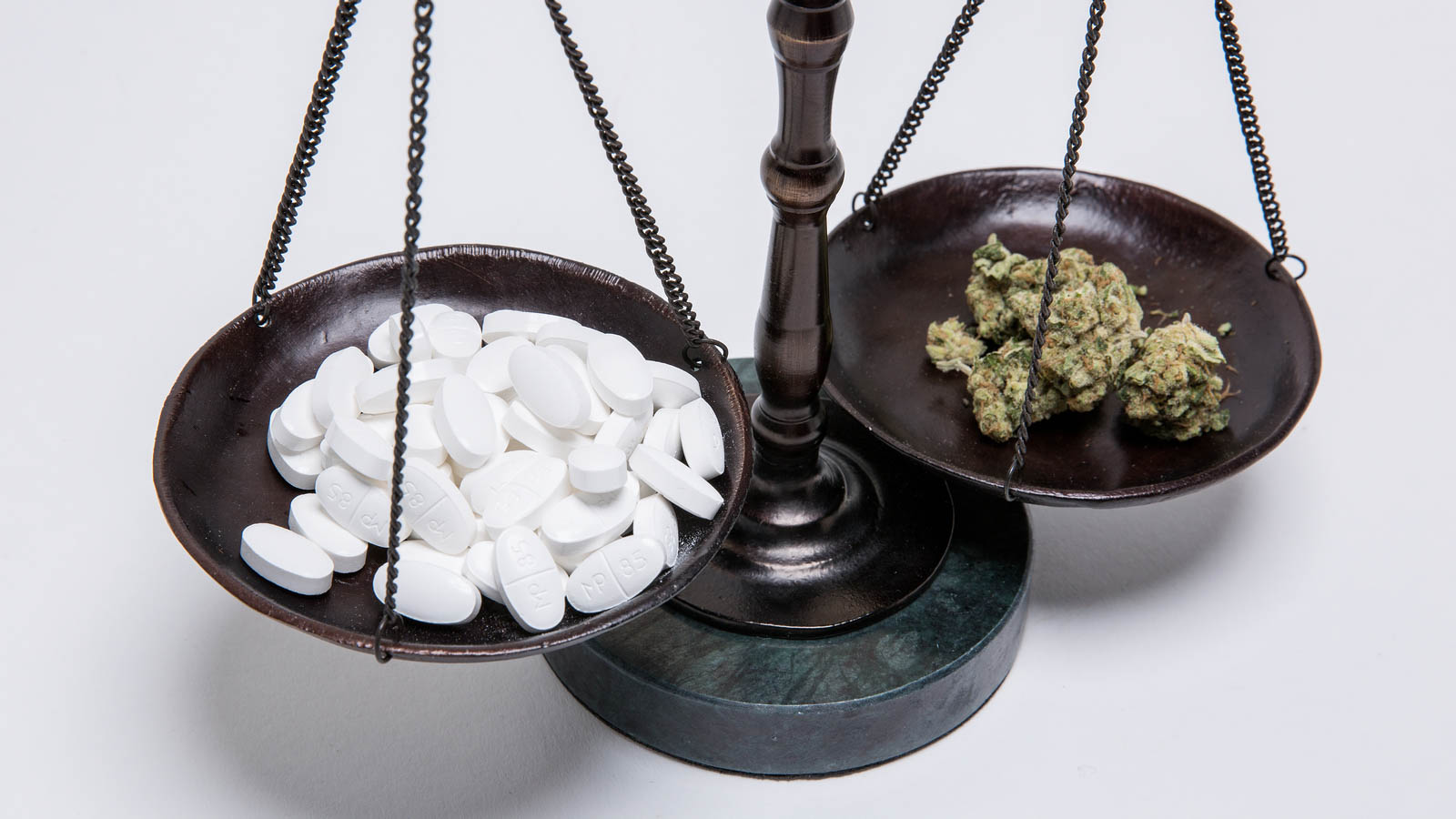 Mixing Weed with Other Antidepressants

The first thing to remember is that antidepressants alone are a tricky medication with many potential side effects and pharmacological interactions. So, you must be cautious about all other things you take along with antidepressants. For instance, antidepressants cause unpredictable adverse reactions with ibuprofen, while alcohol intake is strongly non-recommended.

What happens if you mix weed and antidepressants in one go? Science is unequivocal on this subject – you’ll feel pretty bad. However, the magnitude of your problems will depend on the antidepressant type you’re using.

As you might see now, weed is indeed used as an antidepressant and works well for these purposes. Still, it is classified as a mind-altering substance, so its administration is not recommended for people with risks of mania, psychosis, and other acute episodes.

Here are a couple of considerations for weed intake when on antidepressant treatment:

Besides, clinical observations show that using weed with any form of the antidepressant drug can lead to cognitive decline, addiction, and graver health problems. Thus, mixing an antidepressant with weed is generally a bad idea. Even if you feel down and have already tried one of the methods (weed or antidepressant) with no effect, take some time off to avoid the layering of effects.