by Masumi Vachhani 3 years ago3 years ago
14kviews
78

Are you gearing up to spend your evening soaking in nerve wrecking spook, munching nervously into the popcorn and jumping at the slightest noise around you? For our heterogeneous audience with different taste in horror ranging from psychological horror to supernatural, action horror and splatter, we have something for everyone in this list to save you some search time for good horror movies on Netflix.
Listed below are dontgetserious commended horror movies on Netflix 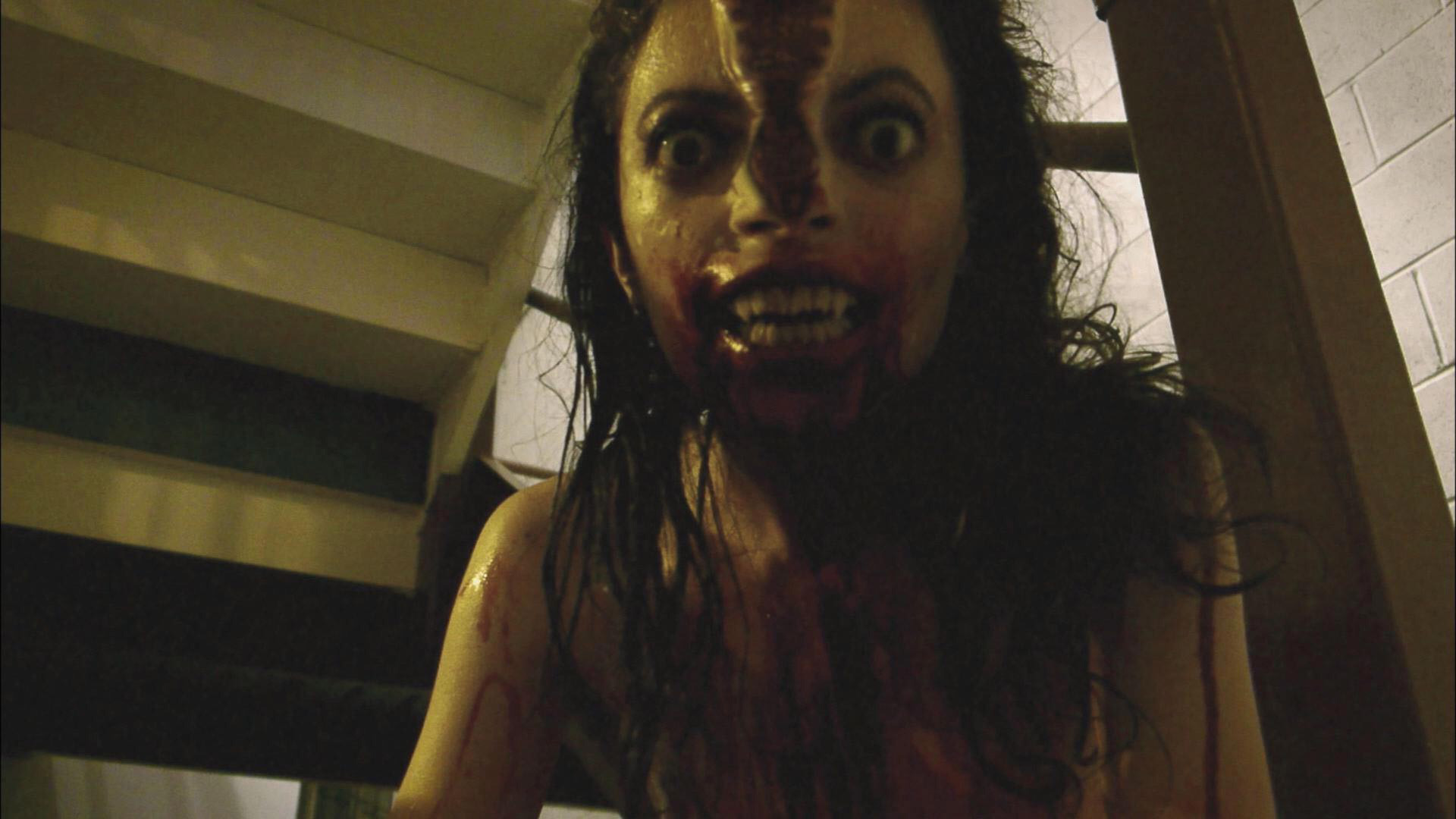 First in line we have the romantic psychological horror indie flick Honeymoon directed by Leigh Janiak. The movie largely relies on the protagonist Harry Treadway and GOT fame Rose Leslie. Different levels of emotions unveiling from the beautiful romantic honeymoon set-up to the building up misunderstandings and arguments and progressing into the grey cloud of horror, this movie delivers some strong performances and can be counted as one of the best in its game. Certainly not recommended for the audience not apt for slow paced movies as this one will require patience but it’s going to be worth it.

Another creation of Scott Derrickson (The exorcism of Emily Rose fame) Sinister revolves around the true crime writer Ellison Oswalt moving in a murder house along with his family to investigate and research for his new crime book and encounters upon a box of 8mm home videos about the murders
It is one of your “finds eerie footages” horror with the interception of supernatural fantasy character of deity feeding on children souls which might be unappealing to some, but it all blends really well along with some striking visuals and the cliché jump scares. If you are someone who doesn’t get scared easily and need a little bit more, this movie would be the perfect pick for you.

One of the Hitchcock’s most prominent time less classic horror, Psycho gets classified under the genre of thriller horror where a secretary bored and fed up with her work defrauds her employer and elopes with 40,000$ and finds shelter in a motel by the highway run by a mysterious shy and quiet man named Norman Bates.
It is not the horror you are accustomed to see with the blood and gore but it the intriguing details along with a strong plot that makes it a masterpiece. After watching this movie we bet going into the bathroom for a shower wouldn’t be easy. (You’ll know once you see it!)

Not only is it another sensational Hitchcock’s classic but The Shining is also a treat for the Jack Nicholson’s fans. This timeless classic has been alluded time and again in pop culture too. (Remember Joey’s love for the shining? Need I say much?).

The movie follows a writer Jack Torrance (Jack Nicholson) and his family agreeing to watch over a hotel while it is closed for the winter so that he could get some time to concentrate on his writing. The hotel was rumoured to be haunted and the last caretaker had murdered his family there. Jack wouldn’t care much but as time went he had slowly started turning violent. Was it the isolation or was there something in the hotel that was driving him crazy?

The background score along with the mind-blowing cinematography and the strong performance delivered by Jack Nicholson and Shelley Duvall all together makes the movie a must watch.

This is one of those movies which have proved their quality and worth and won people’s heart in spite of being a remake of the original and despised in the beginning.
Inspired from the 2008 Swedish hit film “Let the right one in” and directed by Matt Reeves, the movie is completely owned by the Chloe Grace Moretz playing a young vampire Abby, delivering a power packed performance.
It is difficult to categorise it into a particular genre as it is an amalgamation of vampire horror, family drama, a love story and it manages to give justice to each of these parts.

The Indian audience would be familiar with the movie “Ragini MMS” which had hit the theatres in 2011.It was inspired originally from Gerald’s game a Stephen King novel and later now also got adapted again as a motion picture by Hush and Oculus fame Mike Flanagan.

Revolving around a married couple and a sex game going wrong, with the husband dead and the wife handcuffed to the bed, this film will portray what the horror of isolation can turn into and her fight for survival.

A reunion of friends. A trekking trip across a beautiful Scandinavian forest. What can go wrong? Well, everything. A conservative yet exhilarating plot which follows a group of friends out on a trip in the forest woods until they realise that they are being followed by a terrorising entity.
A beautifully eerie grey backdrop of the woods and the building up suspense, this movie does manage to keep you on the edge of the seat and rightly get classified as a fright flick.

In mood for some zombie splatter? We cannot suggest a better movie than “Train to Busan” – a South Korean zombie apocalypse horror flick doing absolute justice to its genre with its terrific visual effects, a credible performance by the cast and a strong plot line brewing together. There is no cause, there is no cure and these zombies are certainly not slow like the ones shown in conventional zombie movies. All that’s left is, is to run for your life. It is the nonpareil zombie movie and there is no escape! This movie is certainly gonna scare you but in a very different way.

A movie that weights more on the character development, its storyline slowly unfolding and the wonderful cinematography than the cliché jump scare, this movie is a solid recommendation for a true horror fan. A simple plot line of a young girl getting plagued by an entity that got passed down to her in a sexual encounter which follows her until it gets passed on the next host again through sexual means. It lives up to its hype and if you have seen it yet please go ahead and do so and we promise you won’t regret it.

This movie can be applauded for its originality and the few scares in between executed well but most of all for the “Woah! I did not see that coming” “What just happened?” twist in the end which certainly will blow your mind away. A well-crafted horror thriller with “The Walking Dead” fame Lauren Cohen who takes a job as a baby sitter in a small English village only to find out that she is being asked by the grieving parents to look after a life size doll resembling an 8 year old boy who had died 20 years ago. A series of disturbing events make her start believing that the doll was indeed alive. It wouldn’t be a bad choice for a light Friday afternoon if you just give it a chance.

Also View : 50 Best Horror Movies You Need To Watch That Will Send A Chill Down Your Spine!

This movie has every element to rightfully call it a classic where the protagonist Frank Cotton is potrayed as a soulless man who lives only for life’s pleasures and can go to great lengths to satisfy his lusts. He once gets offered a small, strange puzzle box called The Lament Configuration by a strange man who promised, will open the gates to a world of pleasures that no mortal can possibly imagine. The box opens the way for the Cenobites, sadomasochistic creatures who live eternally beyond the gates that the box can open and close, take great pleasure in ensnaring new human victims to toy with, imprisoning them forever in a world of pain and suffering. Frank disappears, and many months later, his brother and sister-in-law come to live in the abandoned home. Julia, the wife of Frank Cottons brother Larry, is a cold woman who once had an affair with Frank, soon finds out that Frank never left the house and is in the attic having escaped from the Cenobites. After her initial shock and disgust, she agrees to help Frank by bringing him men she picks up in bars and killing them to feed Frank which is necessary for his regeneration.

If you have a taste for some quaint olde worlde horror, the satan is ready to take you on a ride.

Hope you liked our collection of best horror movies on Netflix. We guess you are sorted for few weekends and we will get back to you with another list soon. Happy spooking the shit outta ourselves folks!