by Team Dontgetserious 6 years ago4 years ago
90.1kviews
49

Surat, the largest city of Gujarat, also known as the diamond capital of India. It’s a place where most Gujaratis make a visit at least once a year for travel or to meet relatives. It’s a beautiful city, but if you’re looking for a more thrilling adventurous journey, then you should know that there are some places in Surat that are haunted. One of which is a famous place where most of you must have been or would plan to visit if you’re in Surat, So checkout These Haunted Places in Surat

So if you want a ghost tourism, you can travel to these places and see for yourself 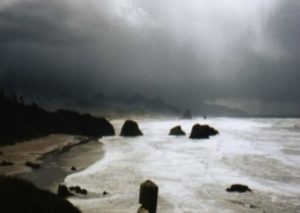 This place is a popular hangout place where young and the old go to have a good time. Most Surtis do not believe the place to be haunted. The fact that the beach was an ancient burial ground for Hindus and hence it is believed that the beach is haunted. While some have not experienced anything apart from total silence and a few dogs barking around. Many have claimed that they have heard whispers of people when nobody was around. It’s a known fact that dogs can feel/see ghosts or bodies that we cannot see. It’s also known that dogs bark if they see these unknown creatures and that’s what happens at Dumas beach. People have claimed to also see dogs bark continuously facing “someone” we cannot see.

Dumas was a burial place for some Hindus back in the days, and there’s no doubt some spirits roam around a place; be it a house or a graveyard. If you want to see for yourself, visit Dumas beach and get the adventurous experience. 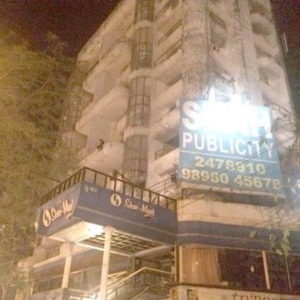 It is believed by the locals that this place is haunted too. Built in 1990, Pathik Apartments is at a strategic location at the intersection of Dumas Road and Ghod Dhod Road. Each floor has only one flat of 3,250 square feet. The apartment is haunted by the spirit of a security guard who had died there. The flats are not selling because of fear of the unknown. These flats have been empty since a long time and no one dares to even enter them.

Even so, a shocking news made rounds in Surat in April 2014. A woman was found sitting on the balcony of one of the flat on the fourth floor. Her shoe fell on the ground and she was sitting there without moving. Traffic jammed and people were in shock to see the woman in that building because no one ever goes there or lives there. Then why did the woman even enter the building and sit in the balcony? Some locals went up the apartment to help the woman get down and they saw her lying unconscious on the floor later. She was then rushed to the Civil hospital for treatment.

If you feel these places spooky, then do share this article with your friends!