Download Kimbho App : Yoga guru Ramdev Baba has launched a swadeshi messaging app called Kimbho under his compay Patanjali. The Kimbho App is published on Google Play Store under the name of Patanjali Communications from where you can download Kimbho App for free of cost. This App will be straight competition to Whatsapp.

SK Tijarawala the Patanjali Spoke’s person tweeted this on Twitter : “Now Bharat will speak. After launching sim cards, Baba Ramdev has launched a new messaging application called Kimbho. Now Whats App will be given a competition. Our own #SwadeshiMessagingplatform. Download it directly from Google Play Store.” 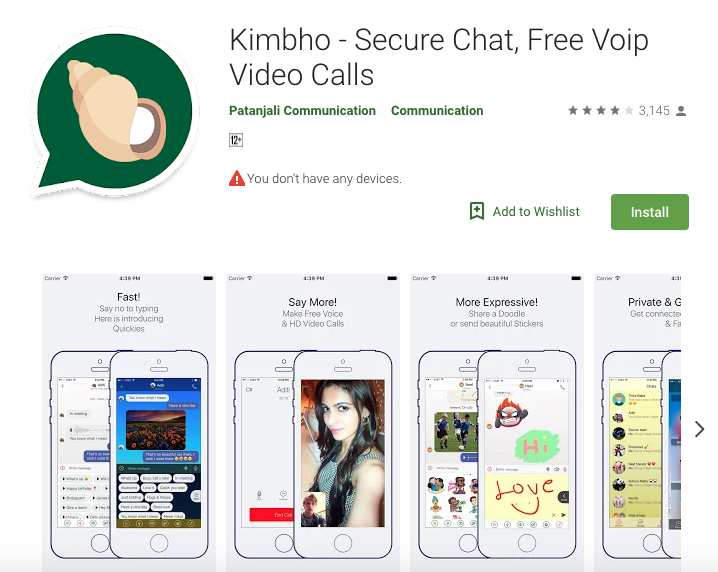 Earlier on May 27, Baba Ramdev in Alliance with BSNL launched Swadeshi Samriddhi Sim Card where users will get Unlimited call in India, Plus 2 GB of data and 100 SMS free for a plan of 144 Rs only. Currently only Patanjali employs will get the benefit of this plan but later it will be rolled out for everyone.

Well, India surely needed a desi version of Whatsapp and we are sure this App is going to tap the Indian market just like his Patanjali stores which are doing great in the country.

After you download Kimbho App let us know how it is in the comments below. Happy chatting in desi way. Keep visiting our website for more updates on Kimbho App