Now you will be able to download Aadhaar card update history Yes the Unique Identification Authority of India (UIDAI) has launched a new feature that will let users to get their Aadhaar card update history. This feature will help users in providing their information to authorities on demand for getting various services which require identity proof.

Dr. Ajay Bhushan Pandey the CEO of UIDAI said “This is yet another innovative and useful facility through which people can now obtain their own Aadhaar update history from the UIDAI’s website and can use it in support of their assertion of address, etc. We have launched its Beta version.”

He further added “To utilise this facility, the Aadhaar holder would have to go to the UIDAI website www.uidai.gov.in and click on Aadhaar Update History. A page will open where he will fill the Aadhaar number or Virtual ID (VID) and the security captcha. Then he will receive an OTP. After he enters OTP, he would be able to see his own Aadhaar Update History which can be printed for uses as required,”.

Aadhaar Card holder who want to use this feature can go to uidai.gov.in and click on Aadhaar Update History. The feature is in beta version and the full version will be released soon. 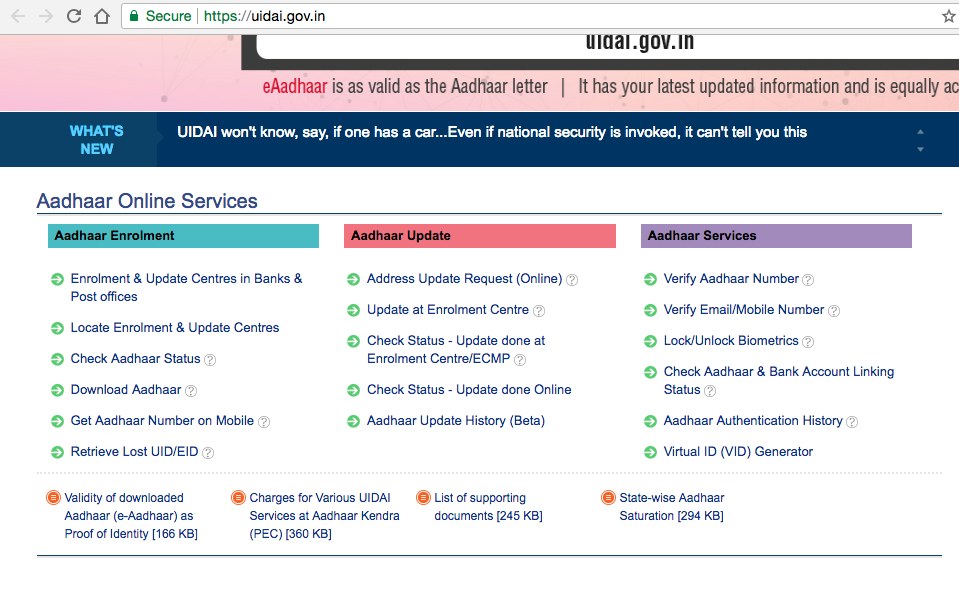 After you enter the OTP, you will be able to see your aadhaar history including all the changes you have made till now to your name, birthdate, address and all other fields since the day you first registered for Aadhaar card.

This feature is not going to be useful to everyone, but people who are in need of proving their citizenship or their address to the official of india will be able to use this.

Let us know in the comment section below of what you think about download Aadhaar card update history feature introduced by UIDAI.