Written by Shalini Published on November 26, 2022

Almost all of us know about this British student who travelled to Ukraine amid the Russian invasion. Miles Routledge, who had to be rescued from Afghanistan when the Taliban took over Kabul last year.

Routledge, a self-proclaimed”danger tourist,” always manages to may his way to headlines, and here he is again to make a few more.

This man confesses that he crossed many borders illegally just to meet his girlfriend, and all of this went just in vain when she broke up with him on call before he could reach there. 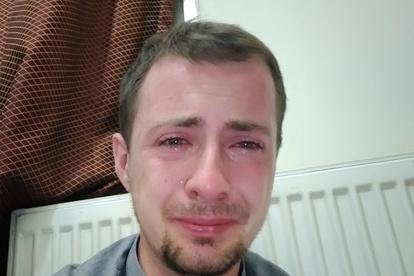 Routledge, who is known by the name Lord Miles Routledge Adventures and has a Twitter handle by the name @real_lord_miles, revealed that he had received some bad news while on his recent trip, revealing that he had been dumped while “crossing multiple borders illegally” to see his girlfriend.

“My GF broke up with me, I need a few days guys,” he posted. 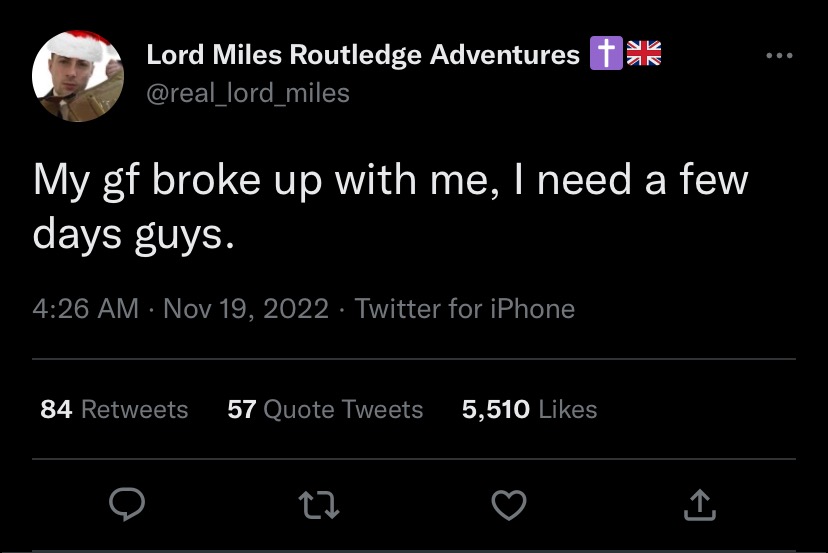 He further said that he also broke his ankle while he was on the way to see his girlfriend, who afterwards broke up with him over the call.

“The worst thing was this 10-day trip was me crossing multiple Borders illegally to see her so she doesn’t have to come and see me. I fractured my ankle doing so. It’s going to be a long night guys. I can’t believe it was over a phone call too,” said Routledge. 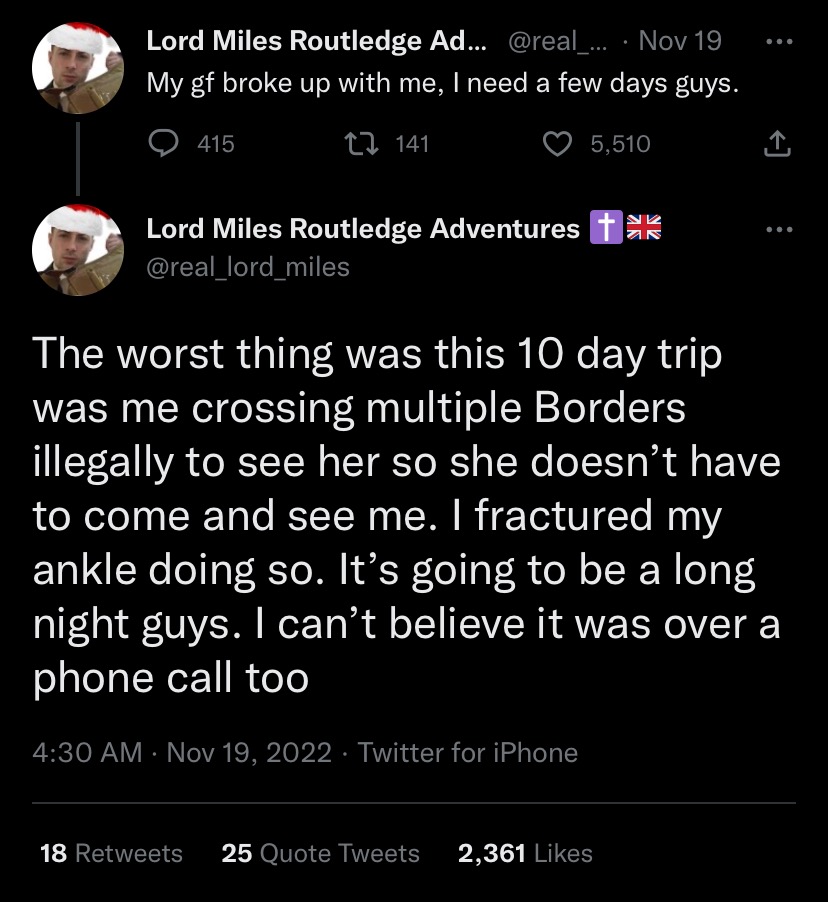 “I’m no longer upset, annoyed maybe but not upset,” he informed. “I see clearly and must move forward. There will be others and I will be a father. Adventure has made a man of me.” 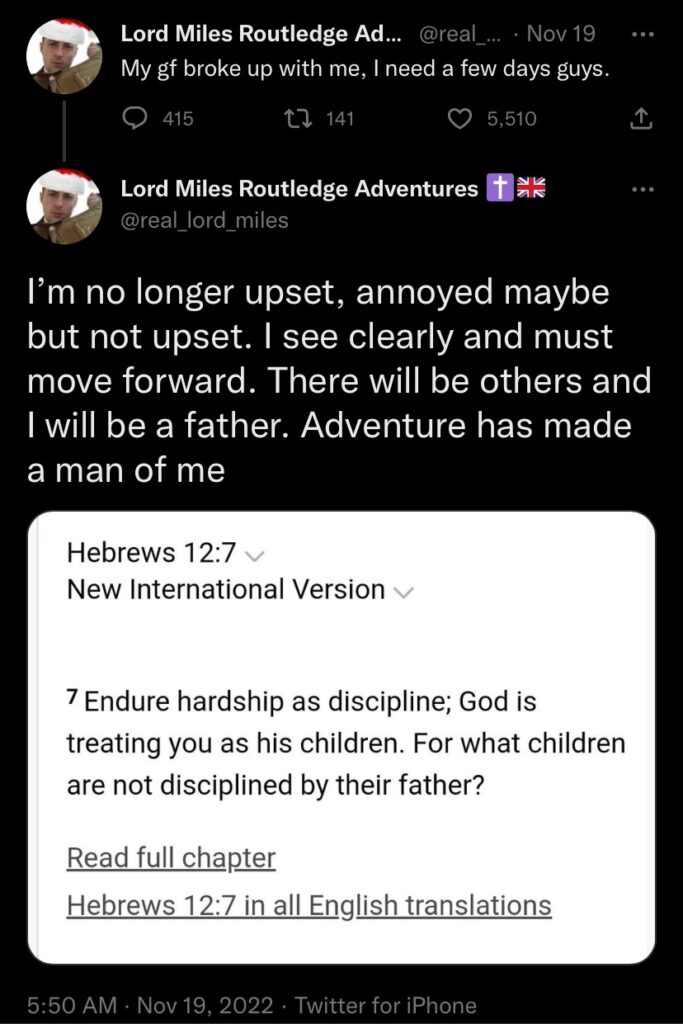 He now came out with his plan to get over the breakup, and it is to ‘get huge in the gym’, additionally, he’s also planning on taking a trip to North Sentinel Island, also known as the “world’s most dangerous island.

The North Sentinel Island is situated in the Bay of Bengal, an Indian archipelago, and its people protect their island from the outside world with all their being.

British explorers discovered themselves wrecked on a reef near the island back in 1867, with the 106 passengers who were travelling having to save their lives from forced attack by the native people before being saved by the Royal Navy.

The Sentinelese continues to occupy its place as one of the very last ‘uncontacted’ groups on the earth and as of today, Miles wants to document the group but also not his safety at risk.

His mission includes managing two small boats to visit the island – with one crew lighting off fireworks to grab the attention of the tribespeople, while on the other hand the other crew, who would be decked up in decontaminated suits, sets up Starlink, cameras, and a hidden solar panel.

As per Miles, this would pave a way for a Twitch stream to be established and monitor the major undocumented tribe. He further said that this will assist science and in making some money.