Written by Shalini Published on November 2, 2022

Around 22-foot-long python in Indonesia ate a grandmother completely, and a shocking video clip shows the time when her remains were found within the cut-open snake. As per the police, a search was initiated post the victim, who is 54-year-old Jahrah did not return home after gathering rubber from a plantation in the Jambi region on the day Sunday.

As per the Betara Jambi Police Chief AKP Herafa, although the husband’s looking clearly in the area, he only found his wife’s sandals, jacket, headscarf, and knife. The next day, he came back to the same place alongwith a search party and, as per the authorities, came across the giant snake with a bloated middle where it was seen eaten a good portion of the meal. 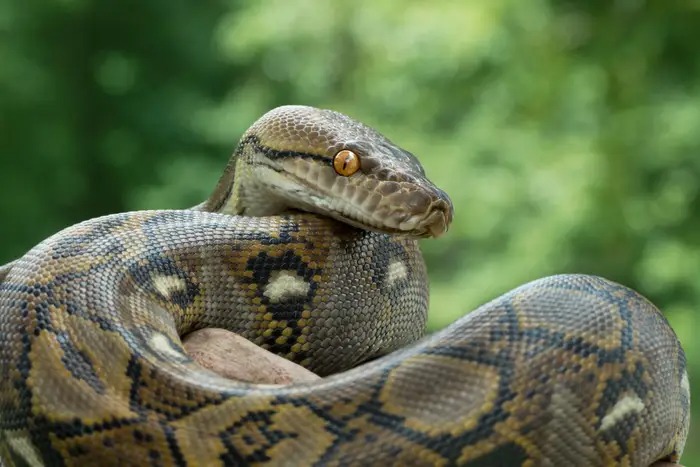 The video clips display a volunteer with incise precision pinning the snake’s head downward with the help of a branch while people surrounding him started beating it above the widened region.

The disturbing video then presented villagers hurriedly tearing it open, showing up what authorities assumed to be the chewed body of the missing grandma.

“Everyone was astonished,” Anto, who is the head of the local Terjun Gajah village, informed ViralPress. “It turned out that the woman we were looking for was in the snake’s stomach.” Anto assumed that it would have at least taken around two hours for the snake to bite Jahrah, through the process of encircling her and suffocating her before swallowing her.

Anto also asserted that it was not even on a record for the area where a python measuring 27 feet had before been witnessed. The official asserted that because of the snake being found, the residents are now “worried that bigger snakes are still in the jungle.”