Shahrukh Khan has been associated with so many brands that he himself has now become a brand. SRK endorses brands like Airtel, TagHeuer, Emami, Videocon, DishTv, Hyundai and etc. He charges 3.5-4 crores a day as his endorsement fees. 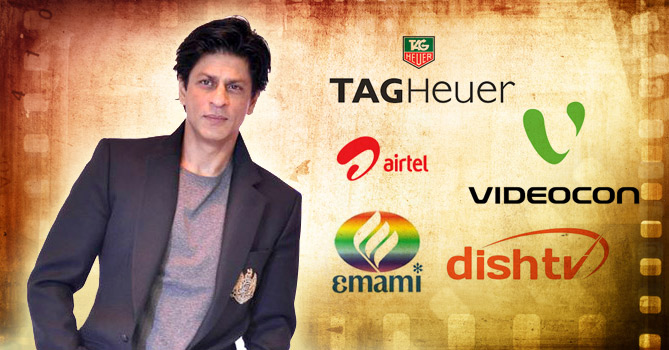 SRK knows that there are a lot of people who cannot afford to watch movies at multiplex so selling satellite rights of his movies is a great option to reach out to huge audience.

Also View : How to make money online like a pro.

SRK does it all, From doing city tours to promote his movies to attending press conferences and doing TV reality shows.

King Khan has invested huge amount in his IPL team Kolkata night riders, he also owns properties across the world. SRK also owns a production house Red Chillies Entertainment which he along with his wife founded in may 7 2002 which is based in mumbai.

SRK shares profit percentage of movies he works in

It is reportedly said that Aamir Khan claimed 33% of the profit of Yash Raj’s Dhoom3. SRK is said to claim more % than Aamir Khan for his films.