How can People prefer to stay in houses which are very old and on the verge of falling down? A lot of people don’t vacant their house even after getting a notice from the government. Same is a case in the city of dreams Mumbai where around 16,000 buildings are declared dangerous for living after Bhendi Bazaar has collapsed. 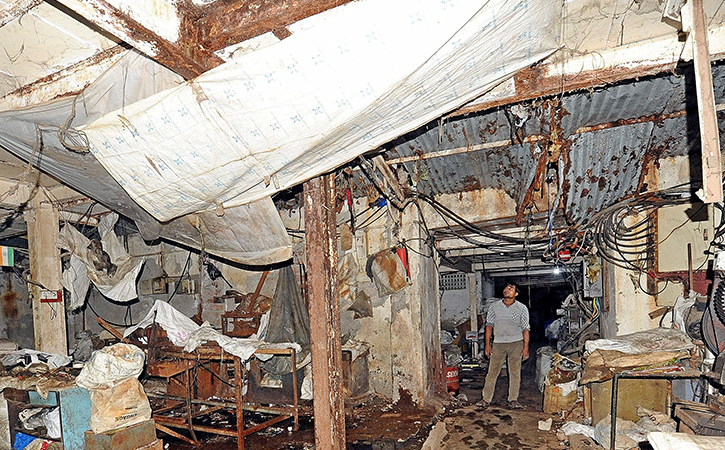 Image Via: Times Of India

80-year-old Sugrabai building in Bhendi Bazaar is getting repaired at the moment and is in worst condition as people are facing a lot of leakage problems during the monsoon said Shirin Khan, a resident at the Sugrabai building.

One more resident said that he does not want to leave the building as he has the fear of not getting his place back once it has been repaired as the process of redevelopment is too lengthy and takes years to complete.